Donald Trump has reportedly bought 100% of the Miss Universe Organization, which includes the Miss USA Pageant.

Trump previously owned 50% of the organization, while NBC owned the other 50%. The two feuded after Trump’s controversial remarks about Mexican immigrants; the network subsequently refused to air the Miss USA pageant, which instead aired on Reelz with lower ratings than previous years.

Trump tweeted the news on Friday morning, promising more details soon, and a Trump spokesman confirmed it to the AP. NBC did not immediately respond to a request for comment. 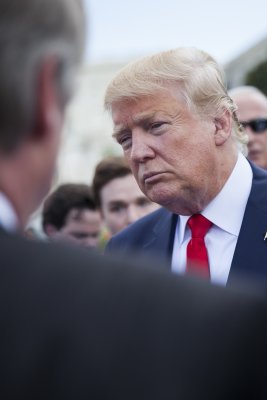 Someone Defaced Donald Trump's Hollywood Walk of Fame Star
Next Up: Editor's Pick