What are the secrets to success? Well, successful people work hard. But you work hard too, right?

And if you keep working harder and harder you’re just going to be miserable. So what’s the answer?

So let’s see what you and I can learn from extremely successful people who achieve big things — and hear some really cool stories in the process.

And since we’re talking about big accomplishments, it only makes sense that the first thing you and I should do is lift the entire city of Chicago…

1) When The Going Gets Tough, The Tough Get Creative

Extremely successful people make the impossible possible. And they do it by being resourceful. Creative.

The research shows most people don’t do what is best, they do what is easy. Successful people, on the other hand, struggle to find a better way.

In the 1800’s, Chicago was filthy. Not “it smells in here” filthy, but “people are dying from disease” filthy.

But how do you dig sewers underneath the entire city of Chicago with 19th century technology? Seems impossible. Nope.

Maverick railway engineer Ellis Chesbrough said we’ll just lift the whole city. And so he did.

Nothing was shut down. As a 750-ton hotel was lifted, people went about their lives inside — perhaps only taking a second to marvel at the surreal experience going on beneath them.

Hard to believe? Steven Johnson explains in the video below. (Busy? Just watch from 55 seconds in to 1:50):

Isn’t accomplishing huge stuff like this hard? Of course it’s hard. But when you try to do things bigger and better you have one enormous advantage: other people’s laziness. You’re trying to improve and they’re not.

Elon Musk realized the same thing in his quest to build a better spacecraft.

NASA always felt you had to have crazy high standards for equipment that would get you into space. Makes sense, but what they didn’t do was pay attention to just how much better cheap, off-the-shelf technology had gotten over the years.

Musk believed much of what was being produced now was up to the job. So, ignoring NASA, he tested it. And he was right.

Via Elon Musk: Tesla, SpaceX, and the Quest for a Fantastic Future:

This kind of creativity is seen in all types of successful people… even drug dealers.

Yes, drug dealing is illegal but undoubtedly successful, so you can learn some good from the bad.

The Colombian authorities had finally nailed Pablo Escobar. And the judge wouldn’t take a bribe. So what did Escobar do? No, he didn’t kill him. Pablo got creative.

He hired the judge’s brother as his attorney, forcing the judge to recuse himself. The replacement took the bribe.

We often hear a “no” and stop. Or we double down with what didn’t work the first time. Wrong.

(To learn the science of how to be more successful and happier at the same time, click here.)

So you’ve stopped banging your head against the wall and you’re being innovative. Cool. How do you impress the people who can back your awesome capers? That’s easy: stop trying.

2) Don’t Be Great. Be Consistently Good.

Everyone wants to look great during that big presentation, to excel during that critical moment.

But that’s not how Steve Martin became the king of comedy. He didn’t worry about being the best at any particular time.

He focused on improving his skills and being consistently good no matter what the situation.

Via Born Standing Up: A Comic’s Life:

Yes, Steve Martin. The silly guy on SNL shouting, “We’re two wild and crazy guys!” The comedian who performed with a fake arrow through his head.

But in perhaps the height of irony, Martin took being silly very seriously.

Via Born Standing Up: A Comic’s Life:

Focus less on specific opportunities and more on improving your skills every day.

Georgetown professor Cal Newport named his book on expertise after Martin’s philosophy: you need to be “So Good They Can’t Ignore You.” And Steve Martin isn’t alone. Jerry Seinfeld said something very similar.

Via Sick in the Head: Conversations About Life and Comedy:

Most of us think about impressing others at the important moment. But that’s all about appearances. Instead, focus on constant improvement and be the real deal. As Jose Narosky said:

(To learn how to stop being lazy, click here.)

You’re working hard to be the best. But what happens if that big moment comes and you don’t impress everyone?

3) Use Rejection As Motivation

Any biography of an extremely successful person is a litany of rejection. But they keep going.

Matthew Weiner was a writer on The Sopranos and went on to be the creator of Mad Men. But it wasn’t easy to get there. How did he keep going?

He used rejection as fuel to motivate him and he made sure to remember the compliments he got along the way.

He tells a great story of how he developed this talent while in the fourth grade.

(For more on how you can beat rejection and get what you want, click here.)

So you’re fueling your hard work with rejection and remembering the kind words. So how do you get that big break?

4) Working Hard Is The Best Way To Network

Yes, successful people show up early and leave late. But it’s not just the hard work that gets them results.

Mike Bloomberg became a billionaire and then the mayor of New York City. He credits long hours but reveals a secondary benefit to being at the office when most people weren’t: the only people there are the successful people.

So bring them coffee and make a friend.

When you’re at the office at 6AM (or still there at 10PM) successful people know you’re part of the tribe. So they give you a chance.

But what if you do network with the bigwigs and they don’t get behind your plans?

John Leal knew how to prevent disease: just add chlorine to the water.

Sounds obvious to us now but in 1898 this had never been done. And chlorine is a lethal poison. So basically what people heard was, “HEY EVERYONE, LET’S SYSTEMATICALLY POISON THE WATER SUPPLY!”

And that got the reaction you’d expect. But Leal knew he was right and they were wrong. So…

…he did it anyway.

It worked. Of course, this got him dragged in front of a judge, which is what happens when you do something that sounds like one of The Joker’s plans to attack Gotham City.

But Leal got off and his system was implemented across the US. What was the result?

Similarly, scientist Barry Marshall believed that ulcers weren’t caused by in-laws, they were caused by the bacterium Helicobacter pylori. Of course, nobody listened. So he drank a beaker of the stuff.

He got sick, puked a lot and quickly developed an ulcer. Then he took antibiotics and tah-dah! The ulcer was gone. (Now that’s how you deal with haters.)

Marshall and his partner Robin Warren were awarded the Nobel Prize in Medicine in 2005.

(If you’ve ever suspected that people develop ulcers on their way to getting a Nobel Prize, well, how very right you are… but probably not the way you imagined.)

No, I’m not saying you should risk poisoning yourself or others but those who achieve success don’t wait around for permission. They test things.

And with the internet, testing ideas is now easier than ever. There’s really no excuse not to.

When Tim Ferriss was writing his first book he knew he’d need a great title. But the title had to be great to readers, not just to him. So he tested some names. He took out ads on Google with the various titles and saw which one got the most clicks.

The answer surprised him. But that’s how The 4-Hour Workweek became a runaway bestseller.

Don’t listen if they don’t know more than you do. Test.

(To learn the 8 things the most successful people have in common, click here.)

Some might be saying, “I’ve done all these things and I’m still not a huge success!” Fine. You can’t always have the best solution to every problem. And you don’t need to…

Some succeed by merely differentiating. By being clever. Doing things with a panache that people find irresistible.

We all get email receipts and we all ignore them. Why? They’re boring. They’re just receipts. But Derek Sivers took it to another level by being creative where no one else was.

When you placed an order on CDBaby, what arrived in your email inbox? This…

Via Anything You Want: 40 Lessons for a New Kind of Entrepreneur:

How can you not love that? And CDBaby went on to become the biggest seller of independent music on the internet at that time, racking up over $100 million dollars in sales.

Your stylish angle doesn’t have to be the most effective method because it can motivate others to join your efforts.

Let’s go back to drug dealers for a second: after Escobar was killed, Colombia was a mess. Crime ran rampant and people didn’t trust the government.

Antanas Mockus was elected mayor of Bogotá… and he had no idea what he was doing. He had been a philosophy professor of all things.

Yeah, he hired mimes to mock lawbreakers in public. (I’d like to post a peer-reviewed study here but I doubt there is a large body of research on the effectiveness of silent comedy as a tool of the criminal justice system.)

But the people of Colombia loved it.

What happened? It got citizens on board with the government. And crime plunged.

Even if you don’t have the best solution, if you implement a clever one, people will love you. And if you can motivate people, you can work wonders.

Okay, we’ve heard some crazy stories and learned a lot. Let’s round it up and learn the most important thing that’s missing from your personal success system.

Here are some of the secrets to success on an epic scale:

But financial success isn’t everything. In the end, what makes us happy with our lives is relationships. And who better to explain this than billionaire Warren Buffett?

We can use these same principles to improve any area of life: Be creative in how you deal with your family. Be consistently good as a parent. And don’t wait for permission when it comes to your happiness.

As T.S. Eliot once said:

Only those who will risk going too far can possibly find out how far one can go.

Join over 205,000 readers. Get a free weekly update via email here. 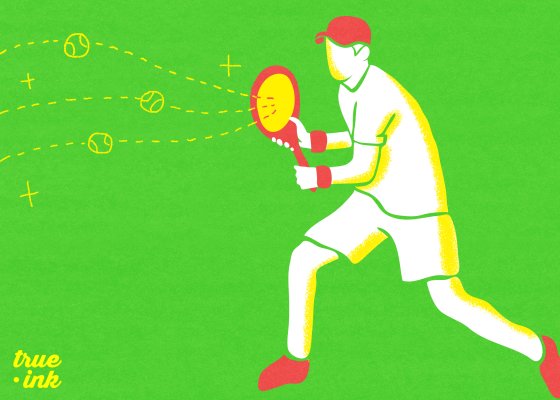 4 Mind Tricks You Can Use to Improve Your Focus
Next Up: Editor's Pick