Historians Want This Woman On the New $10 Bill

Ever since Treasury Secretary Jacob Lew’s announcement in June that he would put a woman’s face on the $10 bill, there’s been debate about who would secure the coveted spot. Names such as Eleanor Roosevelt and Rosa Parks have been tossed around, but historians—it seems—have made their choice: Harriet Tubman.

A number of historians are rallying in support of Tubman’s likeness landing on the currency, according to Bloomberg. One of Tubman’s backers, Arwen Palmer Mohun, a history professor at the University of Delaware, in Newark, said that the abolitionist deserves the premier placement because the United States economy was built on the backs of slaves. The Treasury is seeking a female historical figure who is “a champion for our inclusive democracy.” Tubman supporters say she fits those criteria given that she put her life on the line to free slaves as a “conductor” on the Underground Railroad and served as a nurse, scout, and Union spy during the Civil War.

In late July, Lew said that he would announce his choice “in the new future.”

The female icon will land on the $10 note because the bill was selected for a redesign in 2013, mainly to protect against counterfeiting threats. Lew is taking the revamp as a chance to finally put a female face on a piece of currency. The new bill will be unveiled in 2020, marking the 100th anniversary of the 19th Amendment that gave women the right to vote. The $10 bill currently features Alexander Hamilton — a founding father and Treasury Secretary to President George Washington. He will reportedly remain on the bill, but in a diminished way.

The Treasury’s announcement came after a non-profit organization launched a campaign earlier this year to put a woman’s face on the $20 bill. Tubman narrowly beat out Roosevelt in a poll for which woman should land on that that currency. 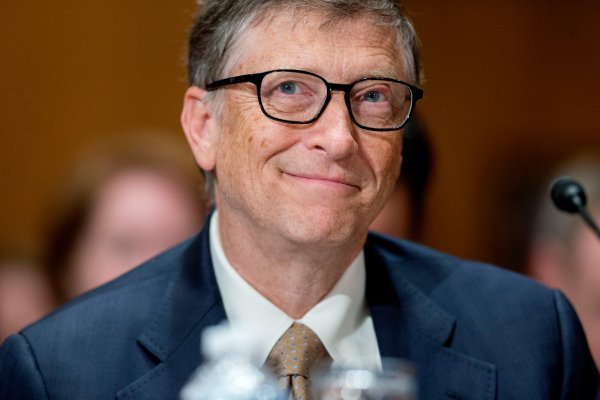 21 Insightful Quotes From Bill Gates
Next Up: Editor's Pick