Migrants pass through Macedonian border police near to the Greek town of Idomeni, on the Greece-Macedonia border, on Aug. 22, 2015
Sakis Mitrolidis—AFP/Getty Images
By TIME Staff

Macedonia may follow the example of Hungary and erect a border fence in a bid to keep out refugees and migrants, according to the country’s Foreign Minister Nikola Poposki.

Citing a Thursday interview appearing in local media, al-Jazeera quoted Poposki as saying: “We too will need some kind of physical defense to reduce illegal border crossing … Either soldiers or a fence or a combination of the two.”

The Foreign Minister’s remarks come ahead of a meeting in Prague on Friday between himself and his Central European counterparts to discuss ways of handling the worsening crisis, al-Jazeera reports.

Macedonia has been crossed by as many as 160,000 refugees this year, on their way further north, with most hoping to make it to Germany. The influx has already prompted Macedonia to declare a state of emergency. 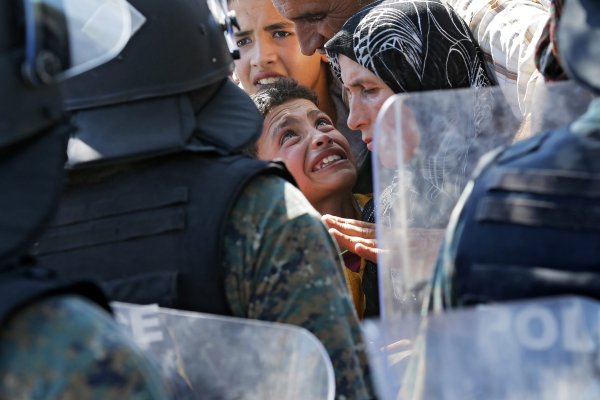