Nintendo’s do-it-yourself Mario-level-making tool, Super Mario Maker, arrives Friday for the Wii U. In recognition of that, as well as Sunday’s 30-year anniversary of the original 1985 Nintendo Entertainment System’s Super Mario Bros., here’s an interview I conducted with series creators Shigeru Miyamoto and Takashi Tezuka in late June.

Here’s what the pair revealed…

But this isn’t the same toolset the developers use

“The tools that we use internally on the developer team for creating levels are much more complicated than what you see from an interface standpoint–our tools use a keyboard and mouse,” says Tezuka. “By moving the toolset over to the Wii U GamePad and giving it the touchscreen interface, it’s really lowered the hurdle for everyone being able to design with this piece of software. And then it was just a matter of finding the right number of icons onscreen to have people tapping to do the things that they wanted to do.”

“When we design courses, we always think very deeply about how you would strategize your way through the course, and design the course based on that,” says Miyamoto. “But what surprised me the most was one course [designed by the development team] where, from the moment it started, Mario just automatically dropped down and started moving all the way to the goal, so that if you never touched the controller, Mario still got to the goal and cleared the level.”

“And what was interesting, is that it wasn’t very fun from a gameplay standpoint, but as you went through the level you saw lots of funny things, designs using the blocks, like faces and things like that,” adds Tezuka.

“I’ve always talked about the Super Mario Bros. games as obviously being games where, on the side of the developers, certainly you see the creativity of the developers in the course design when you play the games,” says Miyamoto. “But I’ve always said that the fun of the games comes to life when you as the player are using your own creativity to explore the levels and trying out different things and seeing what happens.”

It’s also a transition point for the franchise

“Doing this now at the 30th anniversary [of Super Mario Bros.] is really putting some more of that creativity into the players,” says Miyamoto. “But at the same time, we as the developers feel that it’s time for us to move in a new direction, and we’re preparing to work on the future of Super Mario from here on.”

“With Super Mario Maker, you can be playing and pause and make a change and resume playing right there, instantly. But when we were working on the original Super Mario Bros. and drawing on graph paper, if we made a change to the course, we wouldn’t be able to see that change requested in the game itself until the following day.”

“And so the process for us was that we would look at all the courses on graph paper and we would make as many changes as we could in one day, then hand them over the team, and then the next day we’d see that reflected in the game. And then we’d have to go through each of the courses and decide if it was a good change or not, and that’s a process we had to go through many, many times. That was how we did it. And eventually we introduced our [computer-based] course-making tools.”

“Even then, the Super Mario Maker tools are probably 10 times, even 100 times more powerful than those original course-making tools that we had on PC.”

“Super Mario Maker was actually proposed as a product by the tools team within Nintendo,” says Miyamoto. “The team that developed these tools said ‘We want to turn this into a game.’ And before we began work on Super Mario Maker, we dabbled in these sorts of games that have had editing tools in the past as well, including games like Mario vs. Donkey Kong and things like that.”

“Originally the tools team thought ‘Well, because all we’re going to do is create an editor, we probably won’t do it as a big piece of packaged software when it may be at a lower price point.’ But Mr. Tezuka kept saying ‘No, this is going to be a full-sized piece of software.’ And so we began to develop the game, and as we began testing it in-house and trying it out with different people, everyone was so surprised at how much content there was, and it became apparent to us that it truly was a very big release for us.”

“As for the future of Super Mario Maker specifically, it’s tough to say. The big question is, what would happen if for example we release a system that doesn’t have a gamepad? How would you adapt it in that case? What I can say is, we do feel that these types of editing software are going to be a new color for us in terms of key products going forward.” 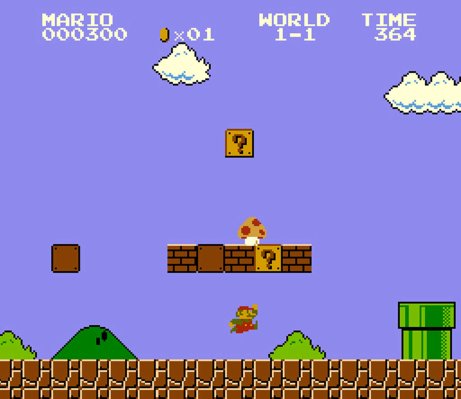 Why Super Mario Bros. Was One of the Best Games Ever Made
Next Up: Editor's Pick