Donald Trump is still in the lead among Republicans in Iowa, with support for Wisconsin Gov. Scott Walker and other candidates with government experience having collapsed in the first-in-nation caucus state.

A new survey from Quinnipiac University finds that more than 50 percent of Iowa Republicans back candidates who have never held elected office, with Trump leading the field with 27%, followed by former neurosurgeon Ben Carson with 21%. Sen. Ted Cruz leads the rest of the pack with 9%, with former Florida Gov. Jeb Bush at 6%, and former HP CEO Carly Fiorina, Ohio Gov. John Kasich, and Sen. Marco Rubio each taking 5%.

Walker, who once led Republicans in Iowa and nationally, has seen his support drop to 10th place in the early state, with just three percent of Iowa Republicans backing his candidacy. But Walker is still viewed overwhelmingly positively by likely Iowa caucus-goers, with a 62 percent favorability, an indication that his support could rebound. Carson maintains a high favorability as well, and his support rises to 30 percent if Trump were to leave the race.

Trump also tops the list of candidates voters say they won’t ever vote for, with one-quarter of those polled saying they would never back him, followed by 23% for Bush.

The survey polled 1,038 likely Iowa GOP caucus participants from Aug. 27 to Sept. 8 with a margin of error of ±3 percentage points. 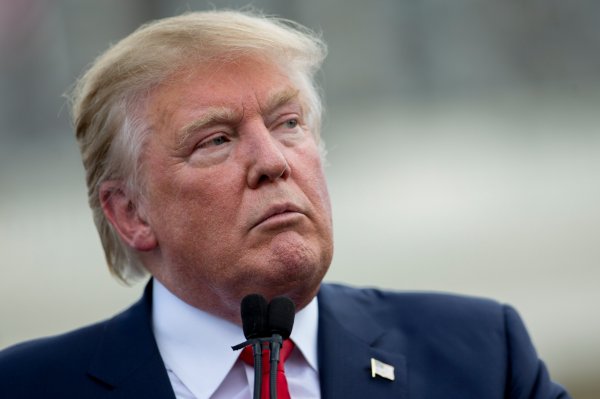