For so-called children of the ’90s, Kel Mitchell is something of a legend. At age 15, he got his big break on Nickelodeon, where he consistently stole scenes on the beloved shows All That and Kenan & Kel. (And of course, let’s not forget the movie Good Burger, which evolved from an All That sketch.) For the latter half of the ’90s, Mitchell was everywhere, usually delivering his famous catchphrase: “Who loves orange soda? Kel loves orange soda.”

But somewhere after the turn of the millennium, Mitchell disappeared from the spotlight. (In 2006, a rumor that he’d died spread rapidly across the Internet. It was soon debunked.) His comedy partner, Kenan Thompson, went on to Saturday Night Live, but fans were never quite sure what happened to Mitchell.

Well, Mitchell wants you to know that he’s alive, well, and returning to Nickelodeon this Saturday in a new show called Game Shakers. He sat down with TIME to chat about his old catchphrases, his new character, and why he’s totally cool with the never-ending orange soda references.

TIME: First, congratulations on the new show. Tell me more about it and the character you play.

Mitchell: It’s so awesome. It’s about two girls from Brooklyn that code, and they make this amazing gaming app and it blows up overnight and they become millionaires. The only problem is that they use background music from a hip hop mogul and they didn’t ask him, and that hip hop mogul is played by me. He’s like a mixture between Diddy, 50 Cent and Kanye. I go to sue them and I’m like, “Look, you can’t use my song. You didn’t ask me.” And they’re like, “No, don’t sue us. You can own the company.” And I’m like “Yeah, cool, but you gotta hire my son.” And they’re like, “Yeah sure, we’ll hire him.” So it’s this gaming company, where we make cool apps, and we also have great music because the whole hip hop world aspect of it. It’s really fun.

What drew you to this project?

Well of course Dan Schneider. We worked together on All That, Kenan & Kel, and we had worked together about two and a half years ago on a show called Sam & Cat with Jennette McCurdy and Ariana Grande, and I played a character similar to the one I’m playing now, so we were like, “We gotta do something again.” So he wrote Game Shakers and it’s been awesome.

You were really iconic for a generation of ’90s kids. Are you excited to reach a new generation?

Yeah, definitely. It’s so crazy because I have the moms coming up to me that watched me in the ’90s and then also their daughters and sons are going crazy over the current shows that I’m on. So I get both, I get the whole family going, “HEY!” And you’ll get a parent going, “Well I was his fan back in the ’90s, you don’t know about him” and they’re like, “Yeah I do!”

Will you have a new tagline or new shtick that you think kids will latch onto?

Yeah, man I had a lot of them back in the ’90s, right? “Who loves orange soda?” and “Good Burger” and “I dropped the screw in the tuna.” There’s some new ones coming out. We’re on episode 15 now, and there’s been some I’ve been saying over and over again that I think will stick.

Can you tell me any?

Not yet, not yet!

How about just a teaser?

“I got a dang helicopter.” That’s one that’s very funny. It doesn’t make sense now, but when you see the show, it will make a lot of sense.

What have been your most exciting projects since your heyday in the ’90s with Kenan & Kel, All That and Goodburger?

Oh man, let me think. I got into directing and voice-over work as well. I worked on Clifford the Big Red Dog, I’m a little dog named T-Bone on that show. Nicktoons, and Rob Dyrdek, working with him. I just love every aspect of entertainment, I just like to put my feet in everything, and I’m happy to still have this longevity still going with kids’ entertainment, so I can’t pick just one.

Why are you choosing to return to Nickelodeon now?

Kids are honest — they’ll tell you whether you’re funny or not. And it’s a great network. I’ve been around them for years, so it’s fun to be back. And then also to be working with Dan again, because it’s one of those dream-come-true roles. I also rap and dance and sing myself, so with this character, I get to do all those things at once.

Are you still friends with any of your old All That castmates?

Sure, yeah. We had a reunion recently and I still stay in contact with a lot of them. Facebook and Instagram are really good at keeping us in contact because we’re all over the place. We love hanging out and I just saw Kenan recently and we’ve been talking on the phone. I live in LA and he lives in New York, but we’re always calling each other and texting and stuff. Our reunion was at the Comikaze expo in LA, which is kind of like Comic-Con, and we had everybody there.

Yeah, it’s awesome. It’s crazy, it’s very humbling to hear people say, “I was having a bad day when I was a kid and I would rush home to watch you on television and you made my whole day just light up.” It’s pretty awesome. People still love it today, I get stopped even now. I was just walking in Times Square and someone was like, “Hey! Do the orange soda thing! Do ‘welcome to Good Burger!’”

Do you have kids? What kids’ shows do they watch?

Yeah, I have two, a 13-year-old daughter and a 16-year-old son. They watch all kinds of stuff. My daughter, she’s into kids’ shows but then she’s also into The Walking Dead and stuff like that. Then they’re all into their apps as well, which is cool for this new show. They think that’s cool because we create apps on this show and then the apps can be downloaded in real life too.

Do your kids ever watch reruns of All That or Kenan & Kel?

Yeah, they like it, which is cool. I’m glad they enjoy it and aren’t annoyed by it. Their friends are super excited too all the time. They’re like, “Oh, your dad’s Kel! That’s cool!”

You were in Kanye West’s video for “All Falls Down.” How did that happen?

I’m from the south side of Chicago. Kanye is as well. And Common grew up in the neighborhood next to me. So I know all of those guys. It was really cool when Kanye’s team hit me up. I remember I was in LA and I got the call and they just said, “Hey, Kanye’s a fan. He wants you to be in the video for ‘All Falls Down.’” I’d already heard the song, and I was like, “Yo, that’s a crazy record, of course.” And they said, “You gotta be at the airport at 5 a.m.” and I was like, “Okay, I’m there.” It was a great video. He’s such a creative dude. After that we did a lot of stuff in Chicago together. We did different events empowering kids.

How much did Kanye influence your character on Game Shakers?

Well, we pulled from a lot of the hip hop world. I dress like 2 Chainz. I have crazy gold outfits. My jet is cheetah skin and I got a gold toilet in the back.

Have you ever had other interesting celebrity collaborations?

I was in Naughty by Nature’s video, I’m trying to remember the name of that record. Man, what was the name of that? [starts singing] ‘Here we go now, if you hear me yo, now.’ [stops singing] I don’t know man, something like that, it was one of those Naughty by Nature videos. What else? I know Vic Mensa from Chicago and he has a video called “Orange Soda” with Kenan & Kel clips in it. It was a nostalgia thing like two years ago.

Does it get annoying when people ask you about orange soda?

No, it doesn’t get annoying! Not at all, not at all. I’m thankful that people enjoyed it and that I was a part of their childhood, so I never get mad. I’m not that child star who goes, “Ahhh! I hate that! Why?!” No, never. I think it’s awesome.

Do you ever feel irresponsible about promoting unhealthy beverages to kids?

When I got older, recently, I thought about that, like, oh, did I play a part in that with some of these kids? But yeah, I’m trying to be healthier now, so I drink a lot of water and teas. And I like low-calorie sodas. If it’s gonna be orange soda, it has to be low-calorie, because it’s too much fructose and sugar and all that stuff. 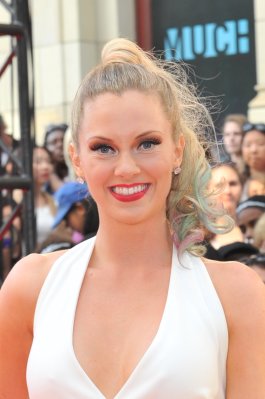