A newlywed couple wowed the Internet this week with a photo of the groom levitating during their first dance.

Justin Willman and Jillian Sipkins tied the knot this Sunday with a wedding that appears to have been every bit as enchanting as you can expect from a couple that includes a magician.

If you feel like you recognize the pair, it’s because they’re the same lovebirds who went viral this week for their Drunk History imitation video detailing the story of how they met.

The above photo was originally posted to Instagram by wedding guest Enrico de la Vega was taken as the couple danced to “I Put a Spell on You,” according to Us Weekly. Willman reposted the photo to his own Instagram with the caption “My dad’s reaction. Worth every penny.” 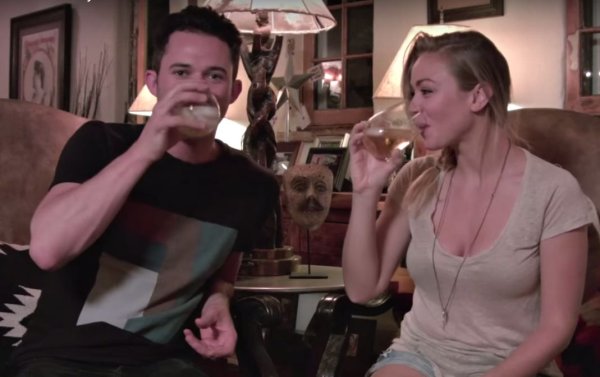 This Couple Made a Surprisingly Adorable Drunk History Video For Their Wedding
Next Up: Editor's Pick