This week, Europe’s migrant crisis appears to have reached what may be a turning point for the tens of thousands of displaced people currently making their way to and across the continent. On Tuesday, Germany said it could potentially take up to half million people, and images spread of its citizens welcoming migrants. On Wednesday, the president of the European Commission asked E.U. nations to agree to share responsibility for 160,000 refugees. And, on Thursday, President Obama said he hopes to let 10,000 Syrian refugees into the United States in the next year.

The first concerted effort to find homes for those displaced by Nazi aggression came in July of 1938, when 32 nations sent representatives to Evian, France, on the urging of President Franklin D. Roosevelt. Germany had just recently annexed Austria, and it was obvious to all involved that many thousands of people—primarily Jews—would soon need new homes, if they did not already. As TIME noted that month, the conference got off to a bad start: though the opening speeches were lofty, it took a full two days to elect a president of the conference, as each attendee feared that his name would be thus linked with what would likely be failed attempt to solve the problem.

“All nations present expressed sympathy for the refugees but few offered to allow them within their boundaries,” TIME reported near the beginning of the conference. “Britain, France, Belgium pleaded that they had already absorbed their capacity, Australia turned in a flat ‘No’ to Jews, and the U. S. announced that she would combine her former annual Austrian immigration quota with her German to admit 27,370 persons (who can support themselves) from Greater Germany next year.”

The conference became mired in questions like whether the refugee effort should be associated with the existing League of Nations, and whether the answers arrived at would apply to any refugees in the future or just to those coming from Germany.

By the time the conference adjourned, the 32 nations had set up an intergovernmental refugee committee, which would begin its work that August in London. At the time, however, the organization was seen as a screen that would allow the attendees to look like they had accomplished something:

Nearly a decade would pass before the foundation of the International Refugee Organization, which was then replaced in 1951 by the U.N.’s refugee commission.

Read the full story from 1938 at the conclusion of the conference, here in the TIME Vault: “Happy Augury” 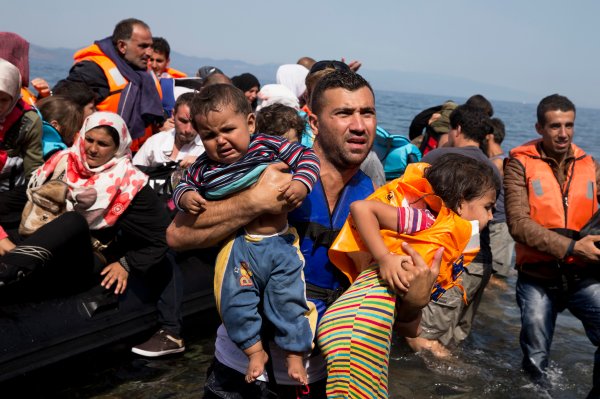 These 6 States Take in the Most Syrian Refugees
Next Up: Editor's Pick