The search giant announced in a blog post that Android Pay is rolling out at more than one million U.S. locations, including Subway, GameStop and Rite-Aid.

The new feature uses the NFC chip in Android phones to communicate with point-of-sale systems at physical stores. When enabled, users only need to wave their phones at a cash register and confirm their purchase with a button press to complete a transaction.

Android Pay will be compatible with the four major credit cards (Visa, American Express, Discover and MasterCard) and a number of major banks, including Bank of America, PNC and Regions Bank. Both debit and credit card information can be loaded onto a phone to make use of Android Pay.

Google is planning to add the ability to conduct online mobile payments using Android Pay later this year, as well as expand the number of participating physical stores and banks.

With Android Pay, Google is competing head-on with Apple Pay, the mobile payments system that debuted on the iPhone 6. Google’s previous payments system, called Google Wallet, failed to gain widespread traction. It has been recast as a way to make digital payments to friends, similar to Venmo or PayPal. 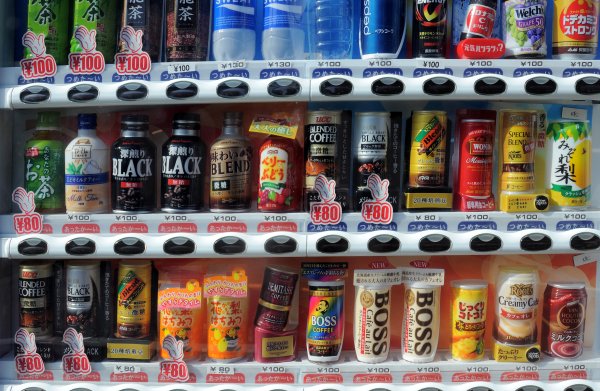 These Vending Machines Deliver Messages From Your Boss
Next Up: Editor's Pick