This Rare Dinosaur Skeleton Could Be Yours for Under $1 Million

A rare skeleton of a juvenile Allosaurus dinosaur at Summers Place Auctions in West Sussex, England is set to fetch up to £500,000 at an auction in November.
Gareth Fuller—AP
By Ashley Ross

The skeleton belonged to a young Allosaurus, a distant relative of the Tyrannosaurus Rex, and is the first predatory dinosaur skeleton to be sold in Britain. Its rarity, and the fact that it last roamed the Earth up to 155 million years ago, isn’t its only selling point, though.

“Given the size of this Allosaurus it also adds the cute factor and may not just attract interest from museums but could also be the wow factor in a luxurious living room,” said Ruper van der Werff, director of Summers Place Auctions, where it will go up for sale.

So if you have a million or so dollars going spare you might want to get in touch. 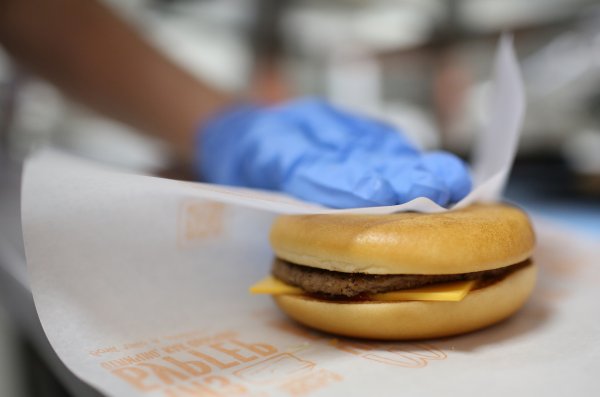 Watch This Woman Devour 20 Cheeseburgers in 16 Minutes
Next Up: Editor's Pick