New York and federal officials will spend nearly $80 million to clear a backlog of untested forensic evidence from rape kits, in the hope of solving crimes against women that have long remained open, officials announced Thursday.

For many women who have been raped, undergoing a rape kit—the collection of biological evidence like pubic hair and fluids from inside the body, after an assault—can feel like a re-victimization following a horrific experience. And yet often women undergo that difficult exam for nothing: for years, tens of thousands of rape kits have been sitting on the shelves in police departments all over the country, waiting to be tested.

Now, at least some of that will change with the new funding from the Manhattan District Attorney’s Office and the U.S. Department of Justice, which will allow local jurisdictions across the country to test some 70,000 rape kits.

“I’m saying today to all the women awaiting justice, you are not forgotten,” said Manhattan District Attorney Cyrus Vance in an announcement about the grants at the Office of the Chief Medical Examiner in New York on Thursday. “Through grants, we will prevent future rapes by taking rapists off the streets, but the grants will do more than test kits—they will provide closure for victims and families.”

Read Next: Here’s What Happens When You Get a Rape Kit Exam

The Manhattan District Attorney’s Office will offer $38 million in grants to 32 jurisdictions in 20 states, announced Vance. New York was the first major city to eliminate its rape kit backlog. The city’s testing of 17,000 rape kits between 2000 and 2003 resulted in 49 indictments.

Vance hopes that the grants will lead to justice for victims outside of New York. Statistics suggest that testing rape kits would go a long way to more rape convictions: Nearly one in five unsolved alleged sexual assaults from 2002 to 2007 involved untested forensic evidence, according to a 2011 report by the National Institute of Justice.

In addition to New York’s funds, Attorney General Loretta Lynch announced that the Justice Department would be spending $41 million in 20 jurisdictions to find out why the kits remain untested, including the examination of issues including police procedures and storage methods.

“No victim’s suffering should be extended one minute longer because of procedural issues,” Lynch said.

Vice President Joe Biden, who authored the Violence Against Women Act when he was a senator, appeared at the announcement to explain why eliminating the backlog was a priority. “DNA technology is a guilty person’s worst enemy and the innocent person’s greatest friend,” he said, estimating that serial rapists are behind half of all rapes. But besides protecting future victims, he offered another reason to test the kits: giving women justice. Identifying a rapist and putting him behind bars, he said, “sets women free.”

Read Next: In Hot Pursuit of Cold Cases 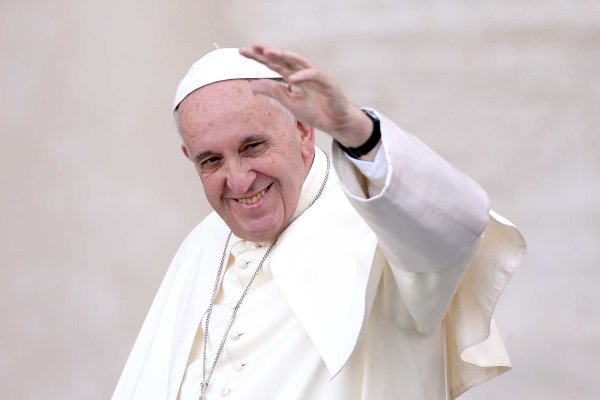 Here's How to Get a Glimpse of Pope Francis in Washington D.C.
Next Up: Editor's Pick