Apple Exec Explains Why the New iPhone Has to 'Read Minds'

Apple blew through a lot of new products and features at its annual September event on Wednesday.

One of the most important is a new feature of the iPhone 6s and iPhone 6s Plus called 3D Touch, which will make the screens of the new devices pressure-sensitive, able to tell the difference between a tap and a hard press. The new functionality could change the way we navigate apps. When using an email app, for instance, a user could simply tap the subject line of a message to see the contents of the email, then let go to return to the inbox.

The feature seems simple, but such things rarely are in the world of consumer tech. In an in-depth profile on 3D Touch in Bloomberg Businessweek, Apple Senior Vice President of Software Engineering Craig Federighi explained how Apple’s new iPhones must be able to interpret screen presses that occur in all sorts of different contexts:

Basically, everything from how you’re holding your phone to whether you’re using your index finger or thumb plays a part in whether the iPhone will read a touch as a tap or a hard press. No wonder the company has spent “multi, multi, multi years” working on 3D Touch, in the words of Apple design guru Jony Ive.

Users will be able to try out 3D Touch for themselves when the iPhone 6s and 6s Plus launch on Sept. 25, starting at $199 with a two-year wireless contract. 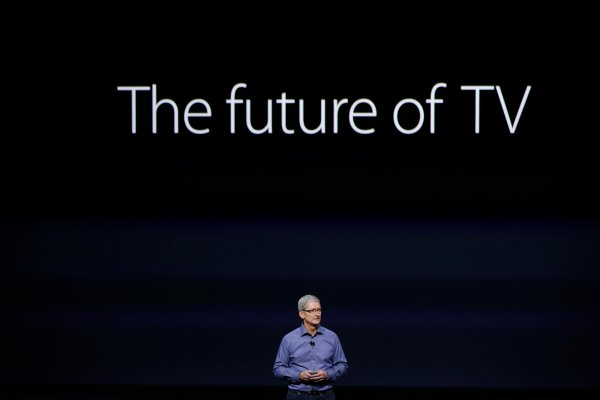 Apple TV Needs These 4 Things to Be a Hit
Next Up: Editor's Pick