Despite internal dissent at the Democratic National Committee and criticism from the party’s presidential candidates, party chair Debbie Wasserman Schultz said Thursday that she would not change the primary debate rules.

Wasserman Schultz also said on Thursday that she alone made the decision to set the so-called debate exclusivity rule, which bars the Democratic presidential candidates from participating in more than six debates.

“We’re not changing the process,” Wasserman Schultz said at a breakfast Thursday morning hosted by the Christian Science Monitor. “We’re having six debates, and the he candidates will be uninvited to any debates if they accept invitation to any debates outside the 6-debate schedule.”

Vermont Sen. Bernie Sanders and former Maryland Gov. Martin O’Malley have criticized the DNC’s debate schedule, saying it unfairly limits their time before a national television audience. A number of top Democratic officials have also criticized the rule, with DNC vice-chairs R.T. Rybak and Tulsi Gabbard saying this week that the rule to limit the presidential candidates to six debates “is a mistake.”

“It limits the ability of the American people to benefit from a strong, transparent, vigorous debate between our Presidential candidates, as they make the important decision of who will be our Democratic Presidential nominee,” the vice-chairs said in a joint statement Wednesday night.

O’Malley has accused the DNC of rigging the debate schedule in favor of Clinton, by limiting her exposure on a national stage. Local party officials in Iowa and New Hampshire, the first two contests in the Democratic primary, have also opposed the rule. Activists are planning a protest outside of DNC headquarters on Wednesday, the day of the next Republican debate.

Wasserman Schultz said that the exclusivity rule was intended to prevent the candidates from participating in too many debates, which are time-consuming to prepare for. There were over twenty debates in the 2008 Democratic primary.

“It’s labor intensive to prepare for a debate,” Wasserman Schultz said. “A responsible candidate comes off the road, has to devote staff and personal resources to getting prepared … It’s important that we keep candidates with schedule that allows them to really engage in [the primary campaign] process.”

On Thursday, Wasserman Schultz also said that she alone made the decision to set the exclusivity rule.

“I consulted a variety of people, including former DNC chairs, and they advised me and I believed myself taht we needed to make sure there was tighter control over the sanctioned debate process,” she said “The party chair makes the decision ultimately over the way debate process is structured.”

The Republican party has adopted the same exclusivity rule, though the party is hosting nine debates instead of six. Activists on the left complain that the disparity is helping Republicans grab headlines.

Clinton has said that she would be open to participating in more debates. 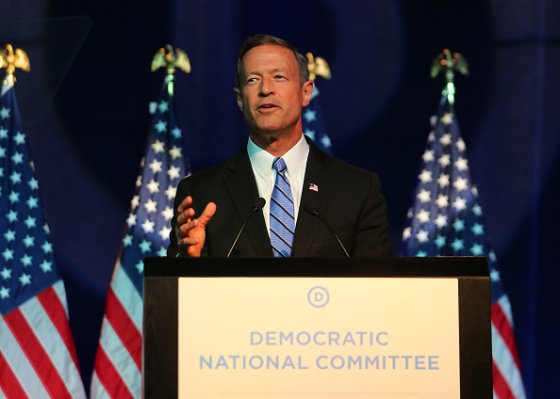 Democratic Party Head Fires Back at Martin O'Malley
Next Up: Editor's Pick