Walker Promises to 'Wreak Havoc on Washington' in Campaign Reboot

Wisconsin Gov. Scott Walker is promising to “wreak havoc on Washington” if elected, sharpening his tone and rhetoric as he seeks to reverse a dramatic slide in the polls.

“We need a leader who can wreak havoc on Washington and put the American people back in charge of our government,” Walker will say according to prepared remarks released by his campaign. “I am that leader. I have been tested like none other in this race and we have solutions to move this country forward.

Once leading the Republican field in Iowa, New Hampshire, and nationally, Walker is now polling seventh in the field—and falling—weakened by the rise of anti-establishment candidates like Donald Trump and Ben Carson, whose provocative rhetoric has captured the hearts of the GOP base. In a speech at Eureka College, alma mater of President Reagan, Walker will associate himself with the idolized Republican leader, casting himself as a inheritor of his legacy.

Walker, who survived a recall election in 2012 after taking on the public sector unions in his state, will seek to take that fight national, promising to give unionized federal employees the choice whether to pay dues that are often used for political purposes on his first day in office.

“I’ve won those battles in Wisconsin and believe me, I won’t back down from the battles in Washington,” Walker will say.

Going forward, Walker, who has so far shied away from specific policy proposals, is promising to release new ones every week.

“To wreak havoc on Washington, America needs a leader with real solutions,” Walker will say. “Political rhetoric is not enough — we need a plan of action. Actions speak louder than words. I have a plan to move this country forward. To wreak havoc on Washington, America also needs a leader who has been tested. I have been tested like no one else in this race. We passed those tests and now, I am ready to lead this exceptional country.” 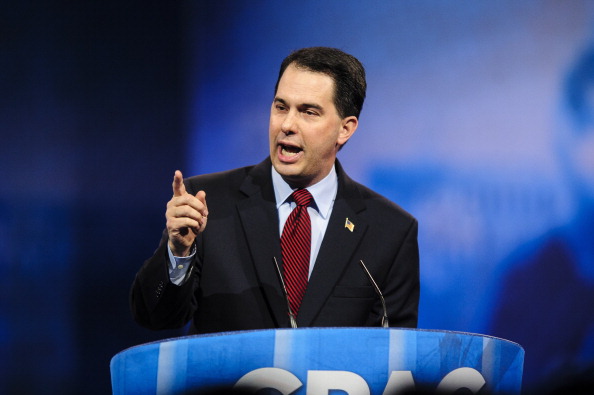 Walker Targets Bush on Iran Deal in New Video
Next Up: Editor's Pick