How Agatha Christie Knew So Much About Poison

Acquaintances of Agatha Christie could be forgiven for hesitating when she offered them a cup of tea. Christie was notoriously good at dreaming up undetectable poisons, and prolific with their use—at least in fiction. Out of her 66 murder mysteries, poison was the cause of death for more than 30 characters.

Her familiarity with lethal substances was rooted in real-life experience. Christie, born in the seaside town of Torquay, England, on this day, Sept. 15, 125 years ago, volunteered as a nurse during World War I and was stationed in a hospital dispensary after passing an exam to qualify as an apothecary’s assistant. Prescriptions were prepared by hand in those days, so Christie became intimately familiar with the dosages of a variety of drugs — and their toxic effects, according to Kathryn Harkup, whose book A is for Arsenic: The Poisons of Agatha Christie was released earlier this month.

Christie had the literary luck of studying under a pharmacist who seemed to be plucked from the pages of a mystery novel himself. In her autobiography, she writes that he once showed her a lump of a plant extract called curare, which he kept in his pocket, and which killed by inducing paralysis and asphyxiation. He explained that he carried it because “it makes me feel powerful,” per Christie.

The pharmacist later appeared, in thinly fictionalized form, as a character in her 1961 novel The Pale Horse, per Harkup. In real life, however, Christie may have used her knowledge of toxic substances to prevent him from killing people, albeit inadvertently. Harkup relates that the pharmacist once unwittingly prepared a batch of suppositories with ten times more medication than they were meant to contain. Christie wasn’t in a position to correct his mistake; instead “she pretended to trip and sent the suppositories crashing to the floor, where she trod on them firmly. After she had apologised profusely and cleared up the mess, a fresh batch was made, but this time at the correct dilution,” Harkup writes.

Suppositories, of course, would have been an awkward choice for a murder weapon; Christie’s plots relied more heavily on substances that could be slipped into something a British murder victim might eat or drink. The author and pharmacology professor Michael Gerald catalogues Christie’s favorite poisons, and their most effective deployments, in his 1993 book The Poisonous Pen of Agatha Christie. For example, arsenic trioxide is a good fit for teatime, since even 20 times the lethal dose can’t be tasted in a cup of tea. Taxine, on the other hand, is too bitter to go undetected in tea, but mixes well with marmalade.

Christie was, however, understandably aghast when a real-world killer made use of one of her fictional concoctions. In the early 1970s, a British factory worker named Graham Frederick Young killed two of his coworkers by dosing their coffee and tea with thallium, “a tasteless, soluble and highly toxic substance that had never before been used on humans as a poison in Britain,” according to TIME. It had, however, been the murder weapon in The Pale Horse.

Unlike Christie’s fictional villains, Young was easy enough to incriminate without the super-sleuthing skills of Poirot and Marple. When police searched his house, they found “enough thallium to keep a pharmacy in business for an entire month,” according to TIME’s 1972 report. But he rivaled Christie’s most sinister characters in cold-bloodedness. TIME adds: 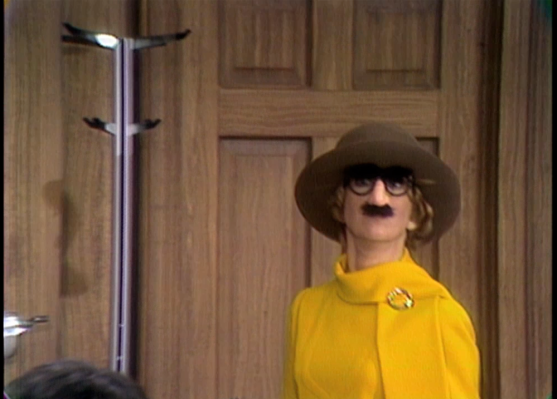 Watch a Clip From a Long-Lost Episode of 'The Carol Burnett Show'
Next Up: Editor's Pick