Here's What Google's Superstar Women Did Next

Google has produced some of Silicon Valley’s top female leaders, some of whom have graced Fortune’s list of Most Powerful Women in Business over the past several years. There’s a catch: many of them don’t stay at Google.

Many female ex-Googlers have gone on to top posts at other big-name tech companies, and some have launched their own startups. This is what Fortune’s Pattie Sellers calls “the Google Effect.”

Fortune talked with more than 25 ex-Googlers scattered across 20 companies to find out what impelled them to leave Google, even though the company perennially ranks as the world’s best workplace. The female brain drain has distressed some internally, but the women who have struck out on new paths see it differently:

Don’t be misled, Google still has an impressive lineup of star women despite its mediocre gender-diversity stats (only 30% of its 57,000-person workforce is female). And the company boasts two women in this year’s 50 Most Powerful Women rankings: Susan Wojcicki (No. 19), who is the CEO of YouTube, and Ruth Porat (No. 26), who arrived from Morgan Stanley in May to be SVP and chief financial officer of both Google and new parent Alphabet.

Here are some of the top women that have graduated from Google to other high-level jobs.

Sandberg served as Google’s VP of online sales and operations before she quit to become COO of Facebook and second in command to CEO Mark Zuckerberg.

Mayer was Google’s employee No. 20 and its first female engineer. She served as VP of Google Maps and location services before leaving to be CEO of Yahoo.

Smith was VP of Google X prior to answering President Obama’s call to be U.S. Chief Technology Officer.

Stanton left Google to work on social media at the U.S. State Department and is now Twitter’s VP of global media.

Whetstone was Google’s high-powered SVP of communications and public policy, and she recently left to take an equivalent position at Uber.

Johnson was a VP of Google X, in charge of the company’s self-driving car unit, before she moved on to become COO of payment startup Stripe.

Brown-Philpot spent nine years at Google, rising through finance and operations, before leaving to become COO of TaskRabbit.

Fair did multiple stints at Google and is now head of finance at Pinterest.

Cassidy was Google’s president of Asia-Pacific and Latin American operations. She went on to head social-shopping site Polyvore and then founded video-shopping service Joyus.

Lee was one of Marissa Mayer’s star protégées in Google product management. Now she heads Polyvore—and has sold the company to Mayer’s Yahoo.

Underwood left Google to for a gig as director of product at Twitter. Now she is the head of platform at fast-growing Slack. 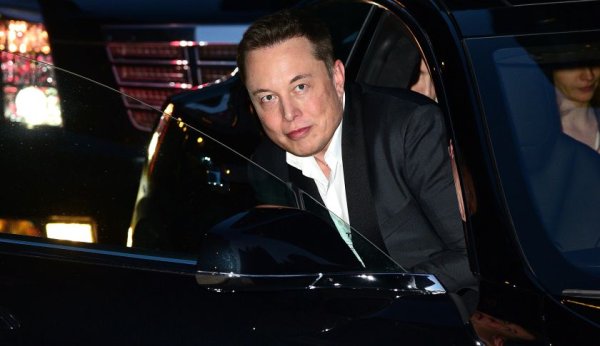 Tesla’s Elon Musk: Nuking Mars Can Make It More Like Earth
Next Up: Editor's Pick