Apple on Wednesday announced the Apple Pencil, a $99 stylus that serves as an accessory to the new jumbo-sized iPad Pro.

Steve Jobs might have disagreed. Back in 2007, the Apple co-founder made a point of dissing the stylus, then a popular accessory for PDAs, when he unveiled the first iPhone. “Who wants a stylus?” Jobs asked. “You have to get them and put them away and you lose them. Yuck! Nobody wants a stylus.” Instead, Jobs said the iPhone would depend on the “best pointing device in the world,” the human finger. Apple’s mobile devices have all been built solely around gestures made with fingers ever since—until the iPad Pro.

It’s worth noting that the iPad Pro is still primarily geared toward navigation via fingers. The Apple Pencil is an accessory that the company says provides pixel-perfect accuracy for artists and designers who might use the tablet as a drawing tool. At 12.9 inches diagonal, the iPad Pro is also significantly larger than that first diminutive iPhone that Jobs thought would work so poorly with a stylus.

Still, the Apple Pencil is likely to enter the pantheon of things Apple did that Steve Jobs was originally vehemently opposed to. Other examples include starting an e-book store (Jobs had previously dismissed the Kindle because “people don’t read anymore”) and getting people to buy movies for their mobile devices (Jobs doubted anyone wanted to watch films on a tiny screen). 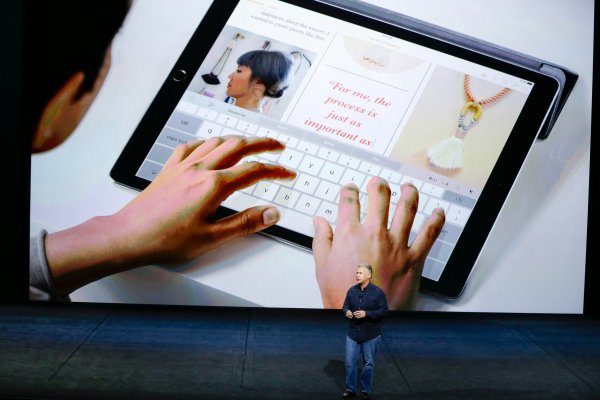 Apple Releases New Lineup of Products
Next Up: Editor's Pick