What do you get when you mix Nintendo, the multibillion-dollar Pokémon franchise, smartphones and Niantic, a company renowned for turning real-world landmarks into geographical puzzles?

Pokémon Go, that’s what, an augmented reality app that will deploy players to hunt for Pokémon in “their neighborhoods, communities and the world.” It looks like the opening salvo in Nintendo’s off-Nintendo-hardware mobile strategy, revealed earlier this year. The only catch is that iOS and Android players will have to wait until sometime next year to try it.

Niantic, which takes its name from a 19th century whaling ship and just decoupled from Google last month, is known for a 2013 mobile game called Ingress, a quirky real-world science fiction exercise in paranoia, public monuments and player cooperation.

Pokémon Go taps Niantic’s augmented reality know-how, allowing players to “catch, trade, and battle in the real world by utilizing location information.” And The Pokémon Company’s doing its best to mitigate worries the franchise is being mobile-outsourced by noting that partial The Pokémon Company-owner Game Freak director Junichi Masuda will personally contribute to the game’s development.

If you want to take the experience further, Nintendo’s going to sell an optional complementary device, dubbed the Pokémon Go Plus–think of it as Nintendo’s take on “handsfree.” Say your smartphone’s in your pocket, the Bluetooth-connected Pokémon Go Plus will flash and vibrate to alert you there’s a Pokémon in your vicinity. Tap a button on the device and you can perform in-game actions, like a capture.

The other catch? Pokémon Go will be free-to-play by way of in-app purchases–not even Nintendo’s figured out how to innovate its way out of that. 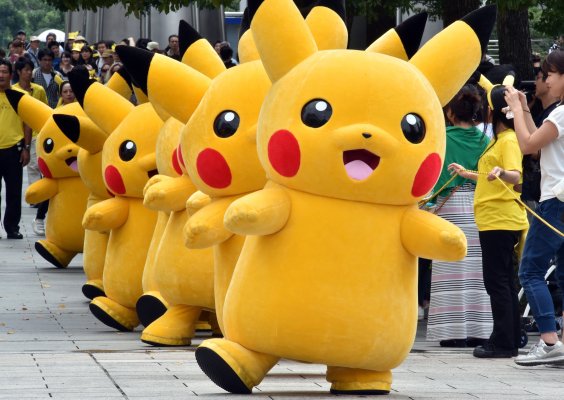 You Can Now Catch Pokémon In Real Life
Next Up: Editor's Pick