Here’s Some Good News About The Job Market

A 'now hiring' sign in the window of a Chase bank branch in San Rafael, Calif.
Justin Sullivan—Getty Images
By Chris Matthews / Fortune

Americans can expect bigger raises in 2016 than they’ve seen in years, according to the latest Duke University/CFO Global Business Outlook Survey.

The survey, which garnered responses from roughly 1,200 CFOs across the globe, and more than 500 from the U.S., showed that firms expect to raise wages 3.3% next year overall, which would be a great improvement over the 2.2% increase in average hourly earnings workers have garnered over the past 12 months. This would also be significantly above the Fed’s target inflation rate of 2%, so workers might actually see their real earnings rise in 2016, if the predictions of these CFOs come to fruition.

One reason why firms are getting more generous with wages is that they’re having trouble filling critical positions. According to the survey, “Ninety-three percent of U.S. companies say they have job openings in key positions and nearly half of these firms say it is difficult to fill these slots. CFOs list the difficulty in attracting and retaining qualified employees as one of their top three overall business concerns.”

Wage growth is expected to be the strongest in the areas of services, consulting, and construction.

Surveys like these lend credence to those who argue the Federal Reserve should begin raising rates soon. Since actual inflation lags another economic activity, such as hiring, these folks believe the Fed should move to raise rates before wage increases lead to inflation rising to the point that the central bank would have to take more extreme action to rein it in. 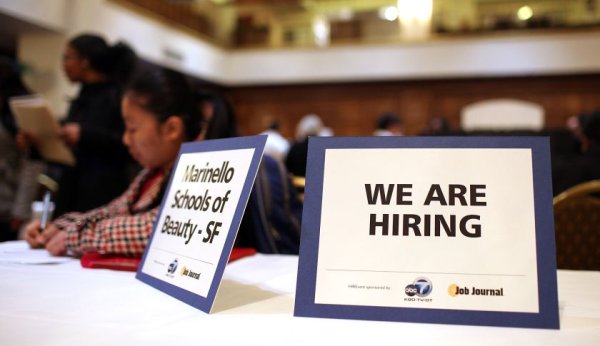 The Number of Job Openings in America Just Hit a New Record
Next Up: Editor's Pick