A Slack screenshot.
By Victor Luckerson

The company behind the office chat tool Slack is the latest Silicon Valley company to disclose its diversity data.

The tech firm revealed in a blog post Wednesday that its workforce is 39% female. Women also hold 18% of engineering jobs at Slack, and 51% of non-engineering jobs. Forty-five percent of managers at Slack are female, and 41% of all Slack’s employees report to a woman who is their manager.

In terms of ethnic diversity, Slack is 70% white, 19% Asian, 7% mixed-race/other, and 4% black. In engineering jobs, whites are slightly more dominant, making up 72% of the workforce. Asians comprise 17% of engineers, blacks make up 7%, and 4% of engineers identify as mixed-race/other.

Ten percent of Slack’s employees also identified as part of the LGBTQ community.

With fewer than 250 employees, Slack is one of the smallest companies to report its diversity data, alongside giants such as Google, Facebook and Apple. The company said it wanted to be purposeful about building up a diverse workforce by providing unconscious-bias training to its workforce and donating to organizations that teach underrepresented groups coding skills, among other initiatives.

“Our primary goal is to avoid becoming yet another place where underrepresented groups exit the technology industry,” the company wrote in its blog post. “All kinds of people should be able to be successful at Slack.” 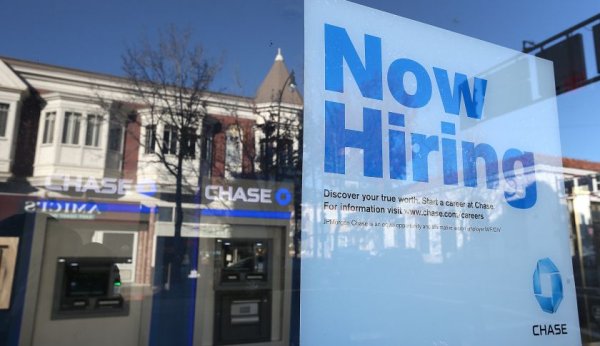 Here’s Some Good News About The Job Market
Next Up: Editor's Pick