Since it was first created in 2013, South Africa’s Black Mambas Anti-Poaching Unit has arrested six poachers, shut down five poacher camps, and reduced snaring (the practice of baiting and trapping animals) by 76% in the Balule Private Game Reserve. It will come as little surprise, therefore, that the 26-member ranger unit, comprised mainly of women, has been honored by the United Nations Environmental Program (UNEP) with its highest environmental prize — the Champions of the Earth Award.

The Mambas patrol the reserve — part of the 2 million-hectare Greater Kruger National Park and home to rhinos, leopards, lions, elephants and several other animals — for three weeks at a time, walking almost 20 km a day. The rangers reportedly know the land so well that a mere misplaced stone is enough to alert them to the presence of poachers.

“I am not afraid. I know what I am doing and I know why I am doing it,” said Leitah Mkhabela, a Black Mamba ranger. “If you see the poachers you tell them not to try, tell them we are here and it is they who are in danger.”

Stopping poachers in their tracks is particularly vital in South Africa, where 1,215 endangered rhinos were killed in 2014.

“Their many successes are a result of their impressive courage and determination to make a difference in their community,” UNEP Executive Director Achim Steiner said. “The Black Mambas are an inspiration not only locally, but across the world to all those working to eliminate the scourge of the illegal wildlife trade.” 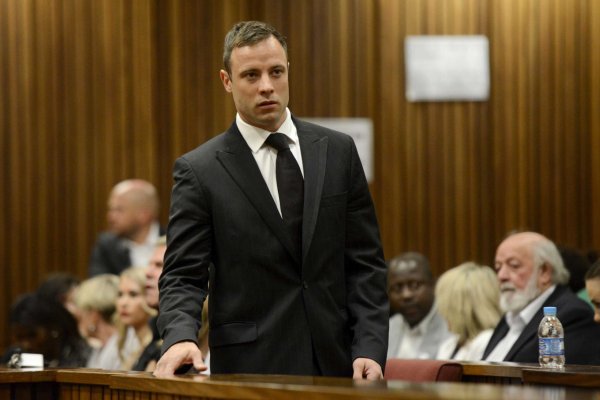 South Africa Not Ready to Release Oscar Pistorius
Next Up: Editor's Pick