The 39-year-old revealed he would run for the post again at a speech in the Jordanian capital Amman, Reuters reported.

Ali was defeated in May by incumbent president Sepp Blatter, who won his fifth consecutive term as head of the scandal-plagued organization. Blatter resigned soon afterward as a massive corruption probe implicated several top FIFA officials.

Blatter said he resigned in order to “protect FIFA” but has insisted that he himself is “clean.”

Ali said his agenda will focus on reforming the sporting body and ensuring that corruption is rooted out.

Ali, who lost the last election to Blatter by a margin of 133-73, now finds himself up against European soccer chief and former ally Michel Platini — who he dismissed as being a “Blatter protégé” — and South Korean billionaire and FIFA’s honorary vice president Chung Mong-joon.

“The important thing is to have a new beginning and to have new ideas and therefore any candidate who has been in the organization for a long time is not what is needed at this time,” the Jordanian royal explained.

Read next: These Are the 5 Facts That Explain the FIFA Scandal 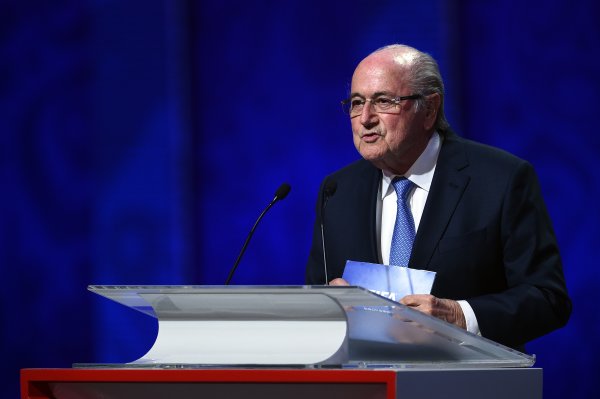 'I Am Clean,' Says FIFA Boss
Next Up: Editor's Pick