This Is the New iPhone's Coolest Feature

Apple’s new iPhones, the 6S and 6S Plus, come chock-full of upgrades and features, but perhaps the coolest one is dubbed “Live Photos.”

The new photo format is somewhat of a hybrid between a photograph and a short video. Lasting about 1.5 seconds before and after you press the shutter button, it’s somewhat akin to a GIF, and can include sound as well. Harry Potter fans will recognize this from the magical world’s animated photographs.

Apple says that all its devices will support playback of the new format, which won’t take up much more storage space than a traditional photo, and soon other companies will too. Facebook is slated to roll out support for it later this year, Apple VP of marketing Phil Schiller said on stage at the company’s event on Wednesday.

The new phones will sport a 12 megapixel iSight camera on the back with the ability to shoot 4K video, and a 5 megapixel high-definition camera on the front with Retina flash. 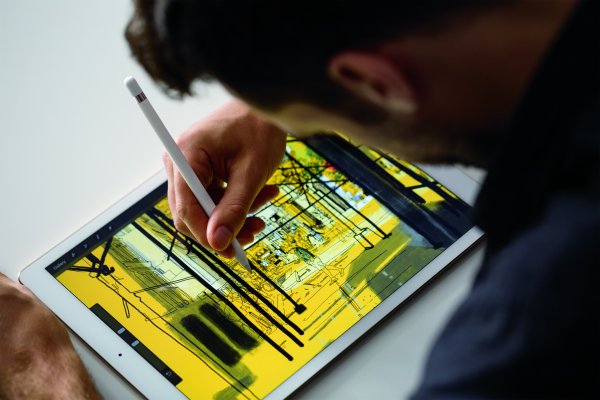 Here Are All the Products Apple Unveiled Today
Next Up: Editor's Pick