Right to Life advocate Linda Heilman prays during a sit-in in front of a proposed Planned Parenthood location while demonstrating the group's opposition to congressional funding of Planned Parenthood in Washington, DC, on Sept. 21, 2015.
Win McNamee—Getty Images
Ideas
By Marjorie Dannenfelser
Marjorie Dannenfelser is the president of the Susan B. Anthony List, a pro-life political action committee.

The past month’s debate over Planned Parenthood funding and the undercover videos from the Center for Medical Progress is a watershed moment. With the U.S. Senate voting this week on a modest limit on abortion after 20 weeks (halfway through pregnancy) and an ongoing showdown between President Barack Obama and Congress over Planned Parenthood funding, only one thing is certain: The conversation over late-term abortion, fetal livers and brains, and women’s health has forever changed the abortion debate.

The evidence is in the videos themselves in which Planned Parenthood officials, at both the clinic and national level, delivered enough phrases about “less crunchy” abortion methods to make even their strongest allies quaver. White House spokesman Josh Earnest, while declining to watch the videos, pronounced the footage “shocking” simply based on news accounts. Hillary Clinton, whose husband once proclaimed a new standard of seeking to make abortions “safe, legal and rare,” initially called the videos “disturbing.” Even Planned Parenthood president Cecile Richards, while quickly recovering and counterattacking the video makers, deplored the “tone” of one abortion doctor who talked nonchalantly about how to “crush above” and “crush below” the unborn child’s thorax in order to preserve its heart, liver and lungs for harvest.

These comments, though now muted, are virtually unprecedented from leaders who have defended “choice” across the board. They prove that there is a limit to the affirmation of legal abortion, that there is some core of sympathy centered on the evident humanity of the lives depicted—and dissected—in the videos. The question now before us is whether there is room for a change in course, one that recognizes the human face of unborn children and the human needs of the women who surely never imagined recourse to this level of violence.

My confidence that there is such room is built on the many changes in American law and culture since these issues were last addressed—perfunctorily, sadly—in the wake of an ABC News investigative report more than a decade ago. First, Americans are increasingly cognizant of the fact that our nation’s abortion policy is more radically permissive than that of nearly every other nation on Earth. A study by the Charlotte Lozier Institute, our education and research arm, demonstrated that the U.S. is one of just seven nations on the planet to permit elective abortions after 20 weeks of pregnancy. We are in the company of North Korea and China—which are out of step with nearly all of Western Europe, whose human rights we admire. Canada’s legal policy mirrors ours, but like ours it was imposed by judicial decree and never chosen by the people.

Our health-care system has also evolved rapidly, and further changes are coming. One of the few bipartisan features of the Affordable Care Act was its appropriation of billions of dollars to establish and expand community health centers. These centers offer the kind of primary care that families and low-income women need. They offer family planning, cancer screening and testing for sexually transmitted diseases, but at the same time, and in the same location—an array of services Planned Parenthood cannot match. These services include mammograms, which somehow keep appearing in the list of reasons women need Planned Parenthood, which does not perform them. Pro-lifers in Congress striving to defund Planned Parenthood of more than $500 million in taxpayer dollars a year have a robust network of whole women’s health care centers to which they can transfer funds.

Will this transfer be hugely disruptive for women? No critic of Obamacare who pointed out how many Americans lost their coverage or lost access to preferred doctors or networks or endured soaring deductibles can dismiss these concerns. I certainly don’t. But the scare talk is wildly disproportionate. Even if Planned Parenthood ultimately loses federal funding, it is one of the wealthiest nonprofits in the U.S. with more than $1.2 billion in revenue. It will retain private funds sufficient to serve a majority, possibly a large majority, of its current client load (which is already shrinking due to other coverage expansion promoted by the ACA), and its access to the deepest pockets in philanthropy, like Warren Buffet, Bill Gates and George Soros, is the envy of nonprofits everywhere.

This past week the House of Representatives voted to suspend Planned Parenthood funding for a year. It also voted to require that infants born alive after induced abortions be given medical care on the same basis as wanted children. Amazingly, President Obama and all but five House Democrats opposed the latter bill. This is stunning. The American people support ending abortions performed on pain-capable children, and we should end taxpayer subsidies to those who perform them. It will be both shocking and disturbing if we fail to act now. 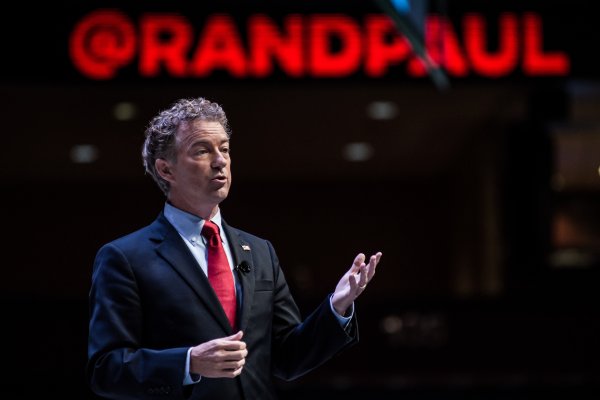 Rand Paul: Here's How the GOP Can Stop Government Dysfunction
Next Up: Editor's Pick