Police arrested two teens and a 43-year-old man after they were caught allegedly stealing empty beer kegs — that they believed to be full — from a Northern New Jersey restaurant.

A Riverdale police officer spotted a car parked in an off-limits area behind Blu Alehouse on Route 23 on Tuesday morning, according to a NJ.com report. The officer spoke with two people in the vehicle, Brianna Siegel, 19, and John Buenoguaba, 18, and a man standing next it, Donald Alena, 43.

“While at headquarters, one of the suspects said they took the kegs for a party at a lake but when questioned about which lake, the suspects couldn’t answer,” Lt. James Macintosh told NJ.com. “They also did not have an answer when told that the kegs were empty and therefore not useful for a party.”

Macintosh stated that surveillance footage determined the kegs stolen by the trio were worth $1000.

All three suspects were charged with theft and conspiracy to commit theft. 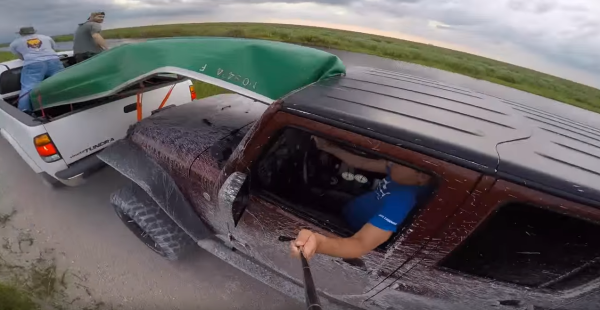 This Video of a Man Getting a Canoe Through His Windshield Is the Ultimate 'Don't Selfie and Drive' PSA
Next Up: Editor's Pick