Nicole Arbour isn’t apologizing for a controversial video she posted on Sept. 3 called “Dear Fat People”—in fact, she feels proud she’s started a conversation about weight, body image and what it means to be a female comedian.

The controversial “fat-shaming” message in the video—which has racked up nearly three million views and spread rapidly on social media—drew swift reactions from YouTube stars, comedians and columnists, who slammed Arbour for apparently mocking those who weigh more than she does.

But in an interview, Arbour, who has 159,000 YouTube subscribers, maintained that the video is satire and anyone who doesn’t realize that is missing the point.

“I feel it’s really important that we make fun of everybody,” she told TIME. “I think [what] brings us together and unites us as people is that we can poke fun at all of us.”

Much of the criticism of Arbour has focused on her lack of subtlety in discussing fat-shaming, obesity and health. In the video, she says people are entirely responsible—or, as her tone implies, to blame—for their own weight. Among Arbour’s lines that drew particular attention:

Arbour doesn’t see her comments as bullying, but rather an intense form of truth-telling. She said she hopes the video convinces people to exercise and eat healthier, and she bristled at the idea that people had found her words offensive.

“I find seeing someone’s head being blown off offensive,” she said. “I find children starving in a country with more than enough food offensive. I find women’s bodies being mutilated for religious purposes, that is offensive to me. But words and satire I don’t find offensive.”

Arbour said her comments were partly inspired by other comedians who have touched on weight issues, like Tina Fey, Ricky Gervais, Mindy Kaling and Sarah Silverman. One difference, though, is that these comedians tend to make fun of themselves—like Tina Fey and Amy Poehler at the Golden Globes in 2013—rather than treating fat people in general as a humorous topic.

When asked about her personal body image and her own experience with her size, Arbour responded by speaking generally, saying, “every single girl has an issue with their body—we never think we’re perfect, ever.”

But Arbour’s Twitter account is also filled with retweets of those who condone “fat-shaming” and those focusing on the idea that she’s “encouraging healthiness” with the video.

Grace Helbig, a YouTube personality and host of the E! series The Grace Helbig Show, addressed the controversy with her own video called “Oops We’re All Humans.”

“I was bummed that someone that seemed really smart and funny would speak about weight that way,” she said in the video. “I’ve had my own issues with body image in the past, some really dark personal struggles I’ve really worked on. Most people with body image issues are pretty self aware deep down.”

In her response, Helbig also suggested that Arbour used the video to “leverage subscribers and attention in a really negative way.” Others have posited that the video, and Arbour’s subsequent claim that her YouTube channel was suspended for a short period, might be part of a larger publicity stunt.

But despite the negative reactions online, Arbour is sticking to her original message: “I’m not apologizing for this video, but if someone got something from it, then that’s great, fantastic. Comedy with a message, let’s do it.” 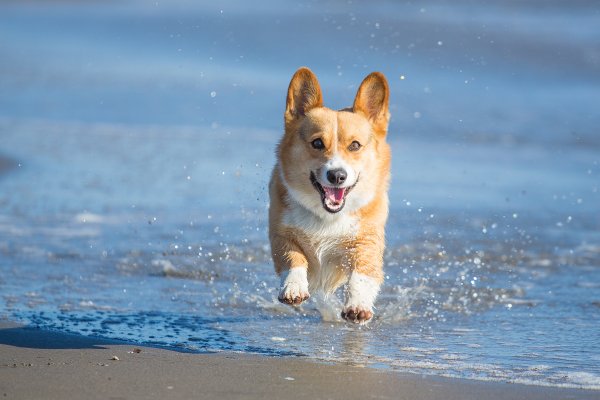 An Upcoming Corgi Beach Meetup Is Causing a Lot of Drama on Facebook
Next Up: Editor's Pick