This Graphic Shows the Astonishing Scale of Syria's Refugee Crisis

By Naina Bajekal and Lon Tweeten

In recent weeks, chaos at border crossings and train stations, squalid conditions in makeshift refugee camps and a heartbreaking photograph of a drowned Syrian toddler have all helped bring Europe’s refugee crisis into the global spotlight.

According to the UNHCR, more than 380,000 migrants and refugees have landed on Europe’s southern shores so far this year, up from 216,000 arrivals in the whole of 2014. They are fleeing persecution, poverty and conflicts that rage beyond the continent’s borders.

This graphic shows the impact of Syria’s war on the flow of refugees to countries in its immediate vicinity and beyond—and the path many thousands are taking from East to West, in the hope of finding safe haven in Europe.

After more than four years of war, millions of Syrians have fled their country, and an increasing number are seeking sanctuary in Europe
Lon Tweeten for TIME
More Must-Read Stories From TIME

Write to Naina Bajekal at naina.bajekal@time.com and Lon Tweeten at lon.tweeten@time.com. 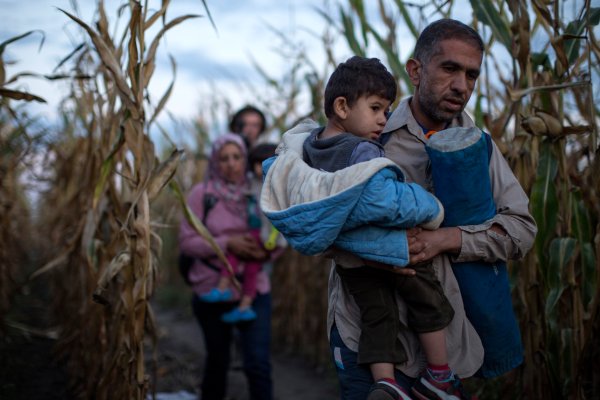 The 5 Big Questions About Europe's Migrant Crisis
Next Up: Editor's Pick