Here's Proof That You Are Wired To Be Lazy

When you have one free evening and two competing impulses—to work out and to binge watch—which do you usually follow?

You’ll be relieved to hear that choosing the couch is only human. Humans are inherently lazy, which may be a trait left over from our ancestors’ days of conserving energy for the next hunt. Unfortunately, a small new study published in the journal Current Biology finds that even when we do choose to move, our bodies naturally do it in the most economical way possible—which is bad news for anyone trying to lose weight.

Science has already proven that our bodies naturally choose the most efficient way to walk, at a speed and step length that limits the number of calories we expend. What’s not known is whether the nervous system—responsible for movements like walking—continuously optimizes movement, in real time, to use the least amount of energy possible. “If your nervous system is working against you you’re trying to keep your calories burned as low as possible,” says study co-author Max Donelan, professor of biomedical physiology and kinesiology at Simon Fraser University in Canada. “And that’s indeed what we found.”

In the new research, the researchers outfitted nine people in a sort of motorized leg brace designed to disrupt the normal way people walk by adding resistance to their knee joints. The people in the study then walked on a treadmill while the researchers measured how their gait adapted to the device.

In just minutes, they found that people changed the way that they walked in a way that conserved the most calories—even very small amounts. “The nervous system is capable of doing this energy optimization and does it below the level of your conscious awareness to such a fine degree,” says Donelan. “This is the first real strong evidence that the nervous system even has the ability to do that.”

Though they only studied walking, the researchers think that the nervous system’s tendency to hoard calories applies to many movements. “This is good news if you’re an athlete,” Donelan says. “You’d like your body to be helping you move as cheaply as possible if you’re trying to win a race so you have as many energy reserves as you possibly can.” But if you’re exercising to sweat off calories, it’s not great news, he says. 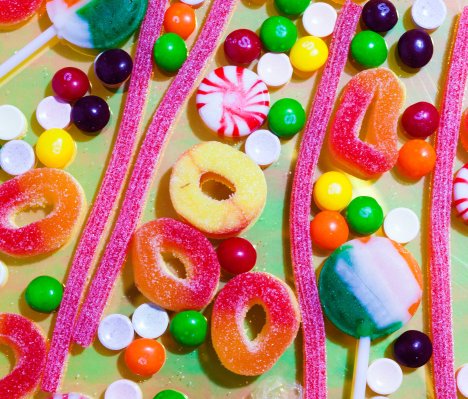 Kids See More Candy Ads on TV Now Than in the Past
Next Up: Editor's Pick