The New Apple TV Is a Total Revamp

True to rumors, Apple unveiled a revamped version of its Apple TV on Wednesday at a special event in San Francisco.

The new Apple TV comes with some of the old: an app-based interface for navigating through movies and shows. But in a first, third-party developers will be able to build apps for the new TVos operating system.

Apple is also packing the Apple TV with a new remote control, as well as support for Siri. Apple’s digital assistant is now built into Apple TV’s OS, letting users speak to her through the remote control to search for content, play or pause, ask questions about the movie or actors, sports scores, the weather, and more.

The remote control can also double as a small controller for video games, thanks to its track pad-like area from swiping, and a few buttons for other controls.

TVos, Apple’s new Apple TV operating system, will have many of the familiar tools Apple developers have been working with, including Xcode, Metal, CloudKit, and Game Center, allowing them to easily build games for Apple TV. 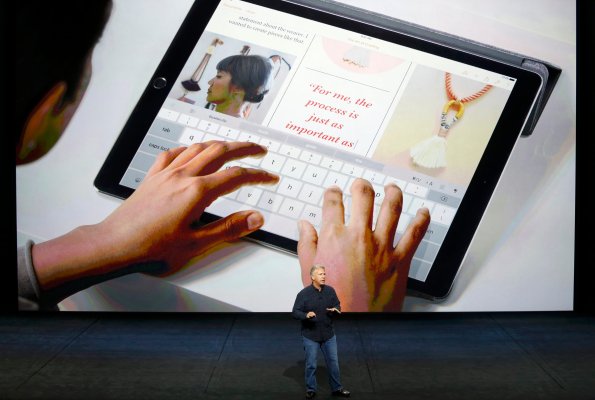 Apple Announces Biggest iPad Ever
Next Up: Editor's Pick