Apple announced a new big-screen iPad at an event in San Francisco, Calif. Wednesday. The new iPad, the iPad Pro, will have a 12.9-inch screen with a 2732 X 2048 resolution.

The long-rumored tablet will be the most powerful iOS device ever released, Apple marketing exec Phil Schiller said at the event. The iPad Pro’s A9X chip will be 1.8 times faster than the A8X in the iPad Air 2. The device will also have a 10-hour battery life and a four-speaker audio system for improved sound performance. The iPad Pro is 6.9 mm thick, just a bit thicker than the iPad Air’s 6.1 mm, and also features an 8 megapixel camera.

The company is also building a set of iPad Pro-specific accessories, including a keyboard that will allow for faster typing than pecking at the device’s touch screen (costing $169) and a stylus called Apple Pencil (costing $99). The new tablet will be able to make use of many of the new features in iOS 9, such as split-screen view and multi-tasking, which allow people to use multiple apps at once. Apple is positioning the product as a tool aimed at professionals. Companies such as Adobe and 3D4Medical provided demos of iPad Pro apps that will be useful for art designers and doctors.

With the new announcement, Apple will now be juggling three different iPad models—the 7.9-inch iPad Mini line, the 9.7-inch iPad Air line and the 12.9-inch iPad Pro. The larger iPad could help boost the product line’s lagging sales, which have been on a steady decline amidst increased competition from companies like Microsoft and a broader slowdown in the tablet market. 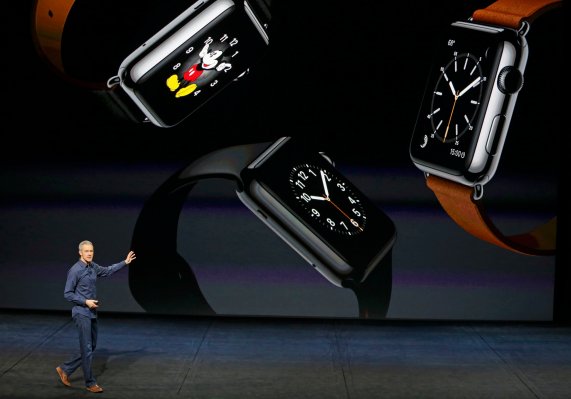