Everything to Know About United's Departing CEO

A federal investigation into a 2013 closure of several automobile lanes leading to the George Washington Bridge has had an unexpected result: The departure of United Airlines CEO Jeff Smisek, who stepped down Tuesday amid an investigation over his dealings with a New York area transit official.

It’s a stunning fall from grace for Smisek, who in 2010 became United’s CEO after its merger with Continental Airlines, where he was formerly chief executive. USA Today called Smisek “arguably the airline industry’s most powerful executive” upon his appointment as leader of the newly-formed behemoth, while Fortune would label Smisek the industry’s “king of the skies.”

It was to be the high point of a rise through the ranks that had been marked by competitiveness and risk-taking. He graduated at the top of his class at both Princeton University and Harvard Law School, though he wasn’t necessarily driven by grades. “The sole reason I went to [Harvard] law school [was] to be near my girlfriend,” he told the Chicago Tribune.

Smisek embarked on a 12-year career at the law firm Vinson & Elkins, specializing in corporate finance and securities law. He was then personally poached by ex-Continental CEO Gordon Bethune in 1995 to join a turnaround team for an airline in the throes of extinction. At that time, Continental was coming out of two recent bankruptcies, it was losing around $55 million monthly, and ranked last in every measurable performance metric, including on-time performance, customer complaints and mishandled baggage.

The result would be one of the greatest turnaround stories in airline history. Continental ended up winning more JD Power and Associates awards for customer satisfaction than any airline in the world, and Fortune would rank it as the world’s most admired airline for six years in a row. Its stock price rose from $2 to $50 during Bethune’s decade-long tenure.

Starting as general counsel and senior vice-president, Smisek was acknowledged by Bethune himself as the airline’s savior. “It’s not like in the movies when some guy saves an airplane from spinning to Earth,” Bethune told USA Today. “But he engineered the salvation of our company.”

Smisek was Bethune’s logical heir, and in January 2010, he became CEO of Continental. Five months later, he would become the boss at United. The merger would tie Continental’s extensive network in Europe and Latin America, and its high customer service ratings, with United’s strong domestic and Asian routes. It was a new company, as the Wall Street Journal reported, of considerable promise.

But things soon began to unfold. The new United Continental Holdings suffered from five major computer outages, triggering a down-trend of poor customer satisfaction, constant delays and cancellations, the Journal notes. A common problem with big airline mergers, the company had trouble integrating United and Continental’s operations. Employee satisfaction plunged to the point that United staff members coined the special phrase “this airline is all Jeff’d up.”

The merged company endured years of losses and consistently missed analysts’ expectations. In the first quarter of 2014, after United reported a net loss of $609 million, analysts began to get testy. “At what quarter can we all agree that it’s not working?” Morgan Stanley analyst John Godyn was quoted as saying in a Bloomberg article that called the airline “the problem child of the U.S. airline industry.”

But that’s airplane peanuts compared to the events that ultimately led to Smisek’s unscheduled departure.

That ending stemmed from a federal investigation into the allegedly politically-motivated lane closures on the George Washington Bridge leading into New York City. A senior aide to Christie and two officials from the Port Authority of New York and New Jersey, which controls some New York City area transit systems, were charged in the scandal.

Part of that investigation focused on the potential role of former Port Authority Chairman David Samson, who stepped down shortly after the lane closure findings came to light. But investigators have been on to something else regarding Samson, too.

In the fall of 2011, Smisek’s United wanted the Port Authority to invest public funds into Newark Liberty International Airport, a longtime Continental hub vital to United after the merger. Samson reportedly shot back with an unusual counter-request: He asked United to resurrect a money-losing flight between Newark and Columbia, South Carolina, near his weekend home. The so-called “chairman’s flight” eventually reappeared, and big upgrades to Newark were included in a Port Authority plan published early last year. The flight disappeared once again four days after Samson stepped down.

Federal investigators are closely examining the resurrection of the Newark-Columbia route. United on Tuesday confirmed that Smisek’s departure is tied to that investigation. “The departures announced today are in connection with the company’s previously disclosed internal investigation related to the federal investigation associated with the Port Authority of New York and New Jersey,” reads United’s statement. “The investigations are ongoing and the company continues to cooperate with the government.”

Smisek’s ultimate fate depends heavily on the feds’ investigation. At the moment, he’s out the door with about $4.9 million in cash, $3.4 million in stock, free flights and parking for life, and more. But if he winds up being found guilty of a crime regarding his dealings with Samson, it could cost him some of that generous package. There’s another complicating factor here, too: If investigators find the Newark-Columbia route wasn’t a bribe but instead was more of a shakedown, that could leave Smisek off the hook. 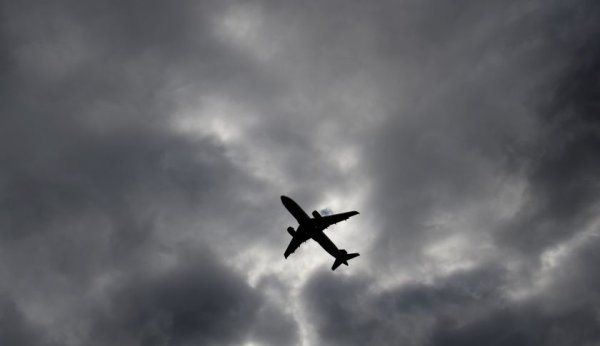 This Airline Just Made a Huge Order For 250 Jets
Next Up: Editor's Pick