After Nazi Germany invaded Denmark in 1940, the idea was put forward by its occupiers that the Scandinavian nation was not in fact occupied. Rather, it was a “model protectorate,” a country under the Nazi wing, supposedly happy for German help and guidance, even as its economy and culture faltered and resistance bubbled under the surface. By the summer and early autumn of 1943, that resistance was no longer so subterranean: fighting broke out in the streets, ending several years of a relatively passive German stance on Denmark’s Jewish population.

On the eve of Rosh Hashanah — the Jewish New Year, which begins on Sept. 13 this year but began on Sept. 29 in 1943 — the Danish resistance led to one of Word War II’s most notable moments of heroism. When Copenhagen’s Jews gathered to mark the holiday, the chief rabbi, Marcus Melchior, instead of welcoming the new year in the usual way, canceled the religious services that are some of the most significant of the Jewish calendar.

He had been tipped off by a diplomat that a Nazi round-up was planned to take place during the holiday, when the Jewish population would be at home or at their synagogues. He urged people to hide or flee.

What happened next was no secret—at least not after it was over—but the incident received only a short notice in the Oct. 11, 1943, issue of TIME:

That “upwards” is key: by the count of the U.S. Holocaust Memorial Museum, more than 7,000 Danish Jews—out of a population that was actually well shy of 10,000—were ferried by fishermen to Sweden.

However, as explained by a telling of the story by Yad Vashem, the Holocaust memorial in Israel, later scholarship has suggested that German authorities actually knew what was going on. The Axis power had an interest in maintaining the image that Denmark was peacefully controlled by its occupiers, and that peace would have been destroyed had the Nazis resorted to their usual means of getting rid of the nation’s Jewish population. Letting them slip away to a neutral neighbor was a way to leave Germany with a peaceful but Aryan Denmark.

That bit of machination does not decrease the courage shown by those who escaped and those who aided them, all of whom believed they were risking their lives to do so. Nor does it suggest that a less-than-stark future would have faced them had they stayed behind: nearly 500 Danish Jews who did not make it out in the fall of 1943 were eventually deported to Theresienstadt.

For your security, we've sent a confirmation email to the address you entered. Click the link to confirm your subscription and begin receiving our newsletters. If you don't get the confirmation within 10 minutes, please check your spam folder.
Most Popular on TIME
1
No, Trumpism Isn’t Over
2
So, Uh, What's Up With GameStop's Stock?
3
Could Amsterdam's New Economic Theory Replace Capitalism? 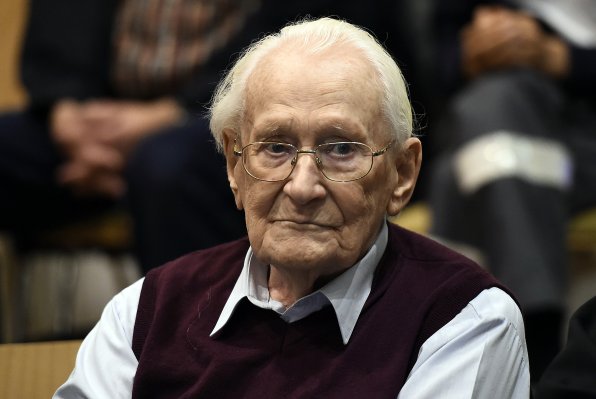 Here Are the 6 Most Wanted Nazi War Criminals
Next Up: Editor's Pick