For 40 Lucky Children, an Escape From Congo's Diamond Mines

Lungudi Village chief Mbumba Hubert doesn’t know exactly how many children live in his village of 10,300 residents in southwestern Democratic Republic of Congo, but he does know that only 20 are going to school. To a man who knows the value of an education — he is after all chief, in part because of his studies — it’s a devastating figure. “In these days, an education is essential. How will our people progress if our children are not educated?” he asks, as scores of children peer through the bamboo slats of the local church. While the area boasts three schools on paper—two government schools and one religious institution—none of them are functioning. The blackboards are missing, the teachers are absent and there are no chairs.

All that Lungudi has is a white tent recently erected on a freshly poured concrete platform paid for by a jewelry company based in San Francisco. Inside the tent 20 students, boys and girls ranging in age from nine to 14 are carefully copying French phrases from the blackboard as the teacher explains the difference between verbs and nouns. They cram together on low wooden benches and balance TutuDesks — a broad flat board developed by South Africa’s Archbishop Desmond Tutu to help impoverished children learn to read and write — on their knees. Even though every school day launches with the clamor of parents begging that their children be allowed to study, there is only room for 20 students selected on the basis of stringent criteria. The Brilliant Mobile School, as it is called, is not meant to compete with government institutions. Instead it offers children that have dropped out of school the opportunity to catch up. They must be far enough along in their studies to be able to complete a 3rd-grade education within seven months, and, as a program funded by one of the U.S.’s best-known ethical diamond jewelry companies, Brilliant Earth, they must be at risk of working in the local diamond mines were it not for the school. They are all poor. Many are orphans. And in a region where the only source of income comes from the mines, most know better how to recognize a rough diamond than to read a textbook.

In terms of natural resources, Congo, with its wealth of copper, diamonds, gold and tantalum — a vital component of your mobile phone — is one of the richest countries in Africa. Yet little of that mineral wealth is invested back into the communities that mine it. As a result, Congo is also one of the least educated countries on the continent, with more than a third of the population unable to read or write, according to the United Nations Children’s Fund [UNICEF]. Government statistics state that every primary-school age child is enrolled in school, but completion rates tell a different story. Only 54% complete primary school, according to UNICEF. Albert Kiungu Muepu, head of the Congolese NGO that is running the Mobile School program on behalf of the Diamond Development Initiative [DDI], an industry body dedicated to investing diamond wealth into programs that strengthen the communities that mine them, says that kids are not finishing school in his region because government teachers often don’t bother to show up to class. When they do, they demand payment from their students, to pad meager government salaries. Parents who can’t afford the fees have no choice but to pull their children out of school. Which is one of the reasons behind another grim Congolese statistic: 42% of the country’s children between the ages of 5 to 14 are involved in some kind of labor. In Tshikapa province, the source of many of Congo’s diamonds, that work is usually in the mines. Older children dig, younger ones sift through gravel looking for rough diamonds, and the youngest sell fruits and cakes to the miners. The lust for diamonds and the lack of decent schooling is creating a crisis in a province that should be among Congo’s richest, says Laurent Kambalemba, mayor of the provincial capital. “Parents don’t value the education of their children. They put their children in work in the mines because they think that finding a diamond will solve all their problems, and give them great wealth.”

When I met with Congolese government mining officials in the capital, Kinshasa, to report a story about the diamond industry, they insisted that children no longer worked in the mines. To be fair, the numbers have gone down, especially in Tshikapa province, where in January civil society groups passed a law prohibiting children from working in the mines. The problem was that the law only solved half the problem, says Muepu, who was one of its biggest lobbyists. “Even though we have succeeded in making it illegal to employ these children in the mines, there is still not the slightest attempt at providing these children education or development opportunities. The schools don’t exist, or if they do they are in bad condition, or they cost too much money.”

That is where the mobile school initiative came in. The program provides tented classrooms, uniforms, qualified teachers and a nutritious meal three days a week. Brilliant Earth, which does not use diamonds from Congo in its jewelry, has invested $35,000 in the Lungudi school, one of two schools that make up the pilot project. “We are really hopeful,” says company co-founder Beth Gerstein. “We are literally taking kids out of the mines. So being able to provide education and food and figure out how we can better the lives of these individuals is really empowering.” Brilliant Earth would love to source diamonds from Congo’s artisanal miners, says Gerstein. But at the moment there are too many obstacles in the way of making sure that each diamond was mined in a way that meets the company’s stringent ethical standards (most of Brilliant Earth’s diamonds come from Botswana and Canada). In the meantime the company is doing what it can by funding the mobile school program. Other companies have signed on: Signet has just committed to fund six more schools over the next three years; the first two will open by the end of the year. DDI director Dorothee Gizenga says that they are considering opening a second in Lungudi, given the demand. “Our work is only a drop in the ocean. We need to do more, and will do more, if we can.”

Even two schools with room for 40 students is tiny compared to the overwhelming need. Mbuya Mwanza, clad in a charity donation T-shirt emblazoned with the Gatorade-style logo of the Hugh Goodwin Elementary School, in El Dorado Arkansas, was one of the scores of children milling outside the school tent in Lungudi pining for a chance to study. At 15, he was too old to be accepted into the original program, even though he has no mother and his father is blind. (That may change with an additional school, says Gizenga). Instead of school, he goes to the mines in hopes of earning enough money to eat. He wants to study so he can become a nurse, but has resigned himself to the work. “When you have studied, you can earn money easily. But when you are in the mines looking for diamonds, it is very rare that you find money easily.” He should know. It’s been three months since he last found one. 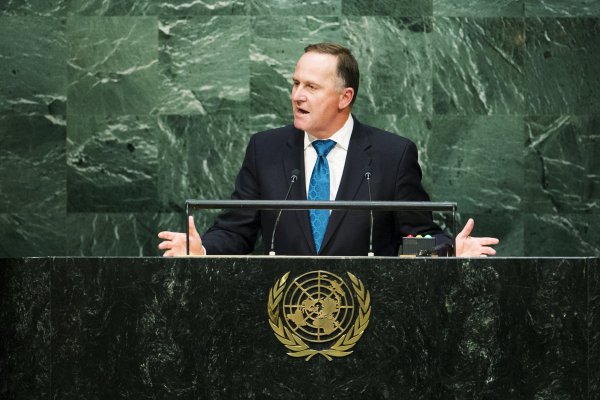