Stephen Colbert Goes All Out on Donald Trump Jokes

Without a television show for the past eight months, Stephen Colbert has had little platform for jokes about billionaire presidential candidate Donald Trump. The comedian made up for his absence with a slew of Trump-related quips on the premiere of The Late Show with Stephen Colbert Tuesday.

“Just like the rest of the media, I will be covering all the presidential candidates… who are Donald Trump,” joked Colbert.

In one joke, Colbert took on Trump’s claim that he has the expertise to build a wall on the border with Mexico. Colbert suggested that Trump build a series of his signature towers and knock them on their side to serve as a wall.

“Yes, everybody likes Trump, even white supremacists, which is amazing because Trump isn’t even white,” Colbert said. “He’s more Oompa-Loompamerican.”

Throughout the segment, Colbert snacked on Oreos, likening his inability to resist the unhealthy snack to an inability resist going after Trump.

“I don’t need to play a tape of you to have a successful TV show,” Colbert said. “Someone on television should have a modicum of dignity and it could be me.” 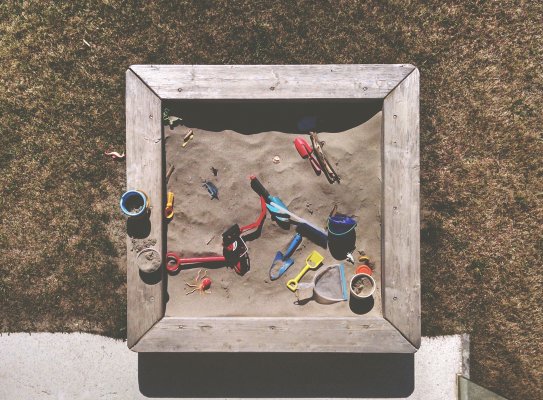 Boys Tunnel Out of Preschool to Buy Car
Next Up: Editor's Pick