The number of people fleeing war and poverty for a better life in Europe will likely reach 400,000 this year and 450,000 in 2016, according to an emergency appeal from the U.N. Refugee Agency (UNHCR) released Tuesday.

Some believe these estimates may be conservative, though, given that 366,000 refugees have already arrived in Europe since January. Over last weekend alone, 15,000 people crossed into Austria from Hungary, of whom about 12,000 are thought to have since reached Germany, according to Reuters.

To provide relevant support, the UNHCR has requested $30.5 million in emergency funds through the end of the year and called for affected countries to meet “international and regional obligations.”

The agency also warned of the ever-increasing number of refugees who are risking their lives crossing the Mediterranean Sea. In 2013, about 60,000 people arrived in Europe via this perilous route. Last year this number reached 219,000 and it is already up to 322,500 over the first eight months of 2015, with 2,750 of them listed as dead or missing.

As the refugee crisis show no sign of abating, even as colder months approach, the UNHCR chief Antonio Guterres has called for more legal ways for people to enter Europe. “I am convinced that with the proper instruments in place, this will be much easier to manage,” he said, reports Reuters.

On Wednesday, the European Commission is due to announce a program for redistributing some 160,000 refugees. 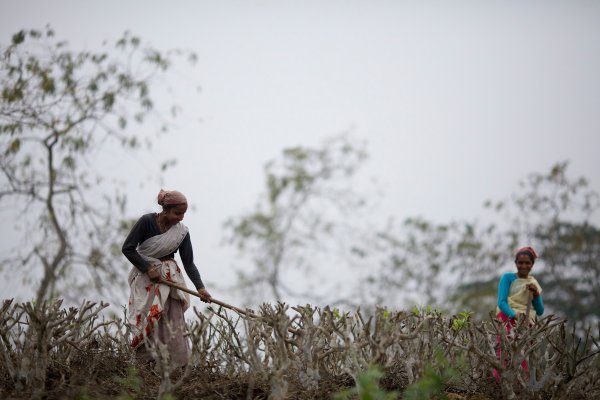 Shocking Conditions on Tea Plantations Revealed
Next Up: Editor's Pick