Nutritional bans have incited controversy: Who is the government to tell people what they can or can’t eat? Should governments be allowed to go so far as to enforce nutritional laws? Do they even work?

A recent study published in the American Journal of Preventive Medicine on Denmark’s trans fat ban—which that country implemented in 2004—found that the bans do work. After a decade, Denmark showed remarkable improvement: Cardiovascular disease mortality rates plummeted.

First: a reminder of what trans fats are. Trans fats can be naturally occurring, and found in animal products like dairy and meat, or they can be artificially manufactured and tend to turn up in food frieds in hydrogenated oil (which is most fried food). The latter makes up the bulk of the trans fats that humans consume, and that worries experts. For food companies, these trans fats are a boon, extending shelf life and ensuring food tastes the same over time. But for humans, the fundamental change in molecules can spell disaster for the heart.

As we reported in August: “Scientists say that trans fats are linked to the highest rates of death from all causes, deaths from heart disease and heart problems. The trans fat risk surpassed even that associated with saturated fat, which is found in formerly taboo-for-the-heart foods like butter, eggs and red meat.”

Brandon Restrepo, who conducted the study as a postdoctoral researcher with the European University Institute, analyzed data about heart disease, stroke and mortality rates before and during the Danish trans fat ban.

Restrepo and his research partner tracked disease and mortality rates for Danes over the course of the decade, then compared them to a statistically similar group of five countries that they called “synthetic Denmark”: Estonia, Finland, Luxembourg, Mexico, and Spain. This synthetic group was chosen based on indicators like food expenditures per capita, alcohol consumption, systolic blood pressure and vegetable consumption.

Denmark’s success is good news for initiatives like New York City’s 2006 ban on trans fat. While studies have suggested that New York’s ban worked, the Danish model offers health policymakers proof that bans like these—whether they be for trans fat or things like sugar-sweetened soda or tobacco—may also work on the national level.

Austria, Iceland and Switzerland have implemented Dane-like laws between 2009 and 2011. And in June, the Food and Drug Administration moved to ban trans fats by 2018.

“This action is expected to reduce coronary heart disease and prevent thousands of fatal heart attacks every year,” Dr. Stephen Ostroff, acting commissioner of the FDA, said at the time. 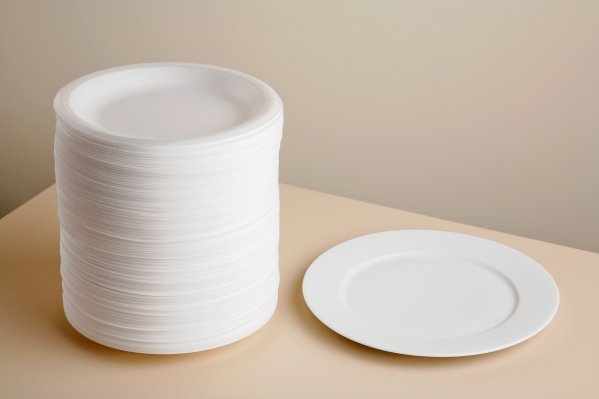 You Asked: Should I Eat 3 Big Meals Or Lots of Small Ones?
Next Up: Editor's Pick