Snickers Ad Manages to Be Sexist to Both Men and Women

In this ad produced by Snickers in Australia, watch actors as construction workers shout empowering statements to women who are walking down the street. Remarks include, “You want to hear a filthy word? Gender bias!” and “You know what I’d like to see? A society in which the objectification of women makes way for gender-neutral interactions, free from assumptions and expectations. You go girl!”

That said, the ad still depicts the stereotype of construction workers shouting at women:

dear @snickers, your native-ad construction workers are still shouting at women. like what they say matters. http://t.co/dpSAuKdDoh

Tagline at the end of the #snickersaustralia advert is confusing. So, when men are full they go back to being sexist? http://t.co/s25mNFTimH

In addition, the “You’re not yourself when you’re hungry” tagline at the end of the commercial has an offensive message about class, Ad Week argues: “By saying blue-collar guys ‘aren’t themselves’ when they’re being polite, it pretty clearly implies they’re otherwise a bunch of misogynistic boors.”

As one YouTube commenter jokingly summed up the spot, “If this is the way men act when they’re hungry I will never feed them again.” 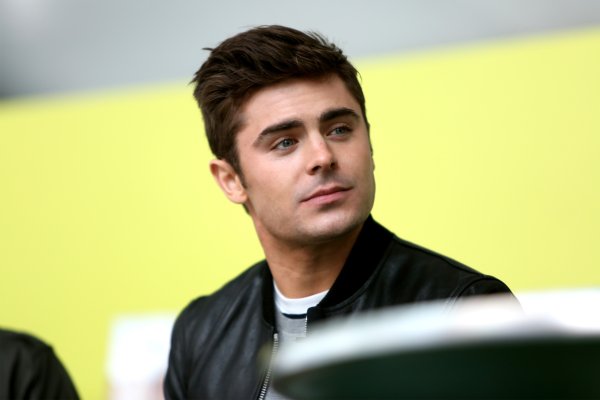 Zac Efron Got Punched In the Face During a Brawl on Skid Row
Next Up: Editor's Pick