Here's How Many People Are Still Rocking the Original iPhone

Apple is expected to announce two new iPhones on Wednesday, an annual update to its most successful product lines.

This will mark the ninth year that Apple has introduced a new set of iPhones. The company has sold 10 different variations of the iPhone, from the 2007 original (which launched without the App Store) to last year’s supersized iPhone 6 Plus. In total, Apple has sold more than 700 million iPhones since 2007.

But just how many people are using a spiffy new iPhone 6 Plus compared to the older models?

Exact numbers are difficult to find, because Apple doesn’t disclose the sales numbers of individual iPhone models or the number of iPhones that are still actively being used. However, Fiksu, a mobile marketing firm, provides estimates of iPhone model marketshare based on app usage on about 75 million iPhones globally. Based on the firm’s data, the current market share breakdown for the different iPhones is seen in the chart above.

Unsurprisingly, the iPhone 6 and 6 Plus, which pushed iPhone sales to record highs last fall, have quickly seen massive uptake. The iPhone 6 represents nearly a third of iPhone model market share, according to the Fiksu data, while the pricier iPhone 6 Plus is the third-most-popular phone with a 12.7% share. The cheaper 5s is also still incredibly popular with 22.5% share.

On the other end of the spectrum, about 0.1% of iPhone users are still going online with the original iPhone or the second model. That’s hardly a surprise, since the devices have been discontinued by Apple and can’t support the newer versions of the iPhone’s mobile operating system. 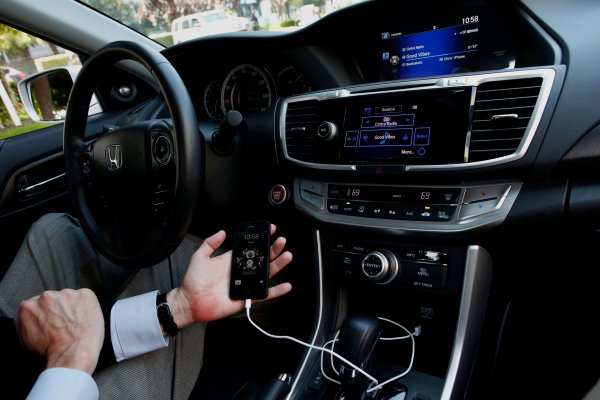 You Asked: Can My Phone Kill My Car Battery?
Next Up: Editor's Pick