How to Make Kids Less Terrified of Math

Remember quaking at the thought of algebra? A new study published in The Journal of Neuroscience looks at kids who have math anxiety and finds that tutoring can significantly reduce their nerves—altering the fear circuits in their brains.

Interestingly, these changes weren’t due to an improvement in math abilities. Anxiety had no bearing on performance in this study; there wasn’t much of a difference between how well kids with high or low math anxiety performed before or after the tutoring. “Now we can say that these differences are not really related to performance differences,” says the study’s senior author Vinod Menon, professor of psychiatry and behavioral sciences at the Stanford University School of Medicine. “They’re really related to anxiety, and that gives us a better sense of the mechanisms by which this is working.”

Between 17-30% of elementary and middle-school age kids have math anxiety, estimates Menon. Plunging these kids into the very thing they fear—math—is the same idea behind exposure therapy, he says. Just as introducing snakes or spiders to a person who fears them can, over time, make them less afraid, a child stressed out by math can benefit from more time wrestling with it, they hypothesized.

To test that idea, the researchers looked at third-graders and assessed their levels of math anxiety with a questionnaire. They sorted them into two groups: kids with high math anxiety and those with low math anxiety. The kids then had their brains scanned as they solved math problems, revealing a key difference between the two groups. Kids with high math anxiety showed higher levels of activation in the amygdala, the region responsible for processing fearful stimuli and emotions. Elevated activation in this area is seen in people with anxiety disorders and phobias. “Even at this young age, math stimuli can provoke, hyperactive and engage the emotion centers of the brain in ways that were not the case in children with low math anxiety,” Menon says.

The children were then given one-on-one math tutoring three times a week, during which they were exposed to lots of math problems, helped through their bottlenecks and encouraged by their tutors. Eight weeks later, both groups improved in math performance by about the same amount. But the group with math anxiety showed big changes when the researchers repeated the brain scan at the end of study: The previously active parts of the amygdala looked just like the brains of kids who didn’t have math anxiety.

It’s not known yet how long these brain changes last, if tutoring helps with other types of anxiety, or whether or not it’s important that a human, not a computer, was the tutor. “How do we actually make it work at the classroom level and beyond? That’s an open question,” Menon says. But by figuring out exactly how math exposure affects an anxious brain, Menon and his team, he says, are “demonstrating what’s possible.” 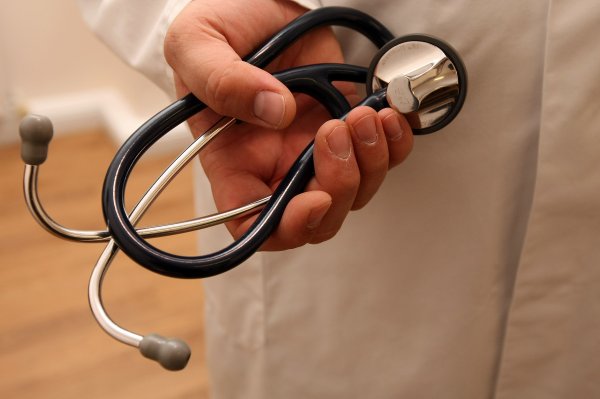 15% of Med Students in the U.K. Have Considered Suicide
Next Up: Editor's Pick