Matthew and Grace Huang, an American couple charged with starving their 8-year-old adopted daughter to death, stand outside the entrance of the Court of First Instance after their trial in Doha, March 27, 2014.
Mohammed Dabbous—Reuters
By Noah Rayman

An American couple in Qatar charged with starving their 8-year-old adopted daughter was sentenced to three years in prison amid concerns that cultural misunderstandings surrounding adoption fueled the prosecution.

Prosecutors had called for the death penalty for Matthew and Grace Huang, alleging that they denied food to their daughter, Gloria, and locked her in her room at night, the Associated Press reports.

But the couple, banned from leaving Qatar since they were arrested and imprisoned for months in Jan. 2013, says Gloria, who was born in Ghana, died of medical problems complicated by unusual eating habits.

“We have just been wrongfully convicted and we feel as if we are being kidnapped by the Qatar judicial system,” Matthew Huang, an engineer who was working on the state’s water and sewer systems, said in a statement outside the courthouse and posted on the family’s website. “This verdict is wrong and appears to be nothing more than an effort to save face.”

Western-style adoption is uncommon in conservative Muslim countries. The police investigation questioned why the couple would adopt children with different “hereditary features” and suspected them of participating in child trafficking to sell their organs, the couple says on their site.

The U.S. State Department said Wednesday that the court did not consider all evidence in the case. It also said it had brought the situation up with Qatar officials, the AP reports.

A lawyer for the couple told the AP that the judge did not say what the couple was guilty of when he sentenced them to three years in prison and ordered them to pay $4,100. He said he would appeal the decision in a process that’s expected to take up to a year. 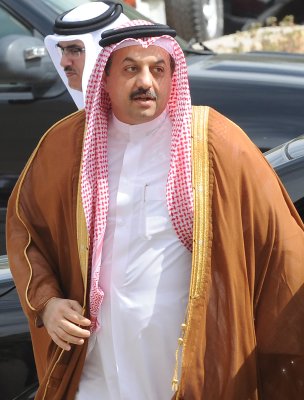