The U.S. Has a Moral Obligation to Help Syrian Refugees

A Syrian refugee holds her baby following their arrival onboard the Eleftherios Venizelos passenger ship at the port of Piraeus, near Athens, Greece on Sept. 8, 2015.
Alkis Konstantinidis—Reuters
Ideas
By Rabbi David Wolpe
Wolpe is the Max Webb Senior Rabbi of Sinai Temple in Los Angeles, the author of eight books and has been named one of the 50 most influential Jews in the world by the Jerusalem Post.

Moral clarity is important because moral decisions are often difficult. The easy choices that pose no risk—one should contribute to charity, help old people across the street, and be kind to children—these are not moral dilemmas. Today, with an estimated 4 million Syrian refugees streaming across the globe, we see a genuine moral crisis in the capitals of the West.

What makes this a moral dilemma is not only a claim on resources. It is also the lurking suspicion that we might be admitting people who, arriving from a region where terrorism and anti-Western feeling is rife, will end up causing harm.

The U.S. has admitted some 1,500 Syrian refugees. With our resources, we can devote more time and energy to the vetting process involved when admitting. Will we ever get it wrong? Of course. But the U.S. standard has been to admit those with a well founded fear of persecution, a criteria more than amply met by those fleeing the conflict in Syria.

There is a temptation for everyone who has made it safely to the shore of a secure nation to roll up the drawbridge behind them. Those who come after may spoil it for those who are already here.

But America was founded on the ideal of refuge. Indifference is a betrayal of its founding mission. The words on the Statue of Liberty cannot be an empty promise if we are to remain the great nation we have been for close to 250 years.

We cannot take everyone. We have to exercise caution when refugees arrive from a region that breeds anti-Western terrorists. But we remain that shining city on a hill. We must not close our arms to the world, or to the family on a raft, tempest-tossed, praying for safety. No country can afford to be all things to all people. Equally, this country cannot afford not to be America. 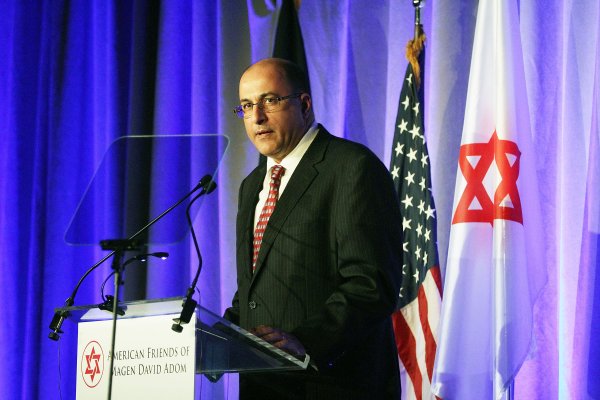 How Technology Has Revolutionized Diplomacy
Next Up: Editor's Pick