Nearly $500,000 Has Been Raised for the Family of the Murdered Texas Deputy

Kathleen Goforth, center, reacts as a 21-gun salute sounds off during the funeral service for her husband Harris County Sheriff's Deputy Darren Goforth at Second Baptist Church in Houston on Sept. 4, 2015
Jason Fochtman—AP
By Nash Jenkins

Thousands of people have collectively raised nearly half a million dollars for the family of Darren Goforth, the Texas police deputy who was fatally shot while putting gas in his patrol car late last month.

As of Sunday night, a GoFundMe account set up by deputy Brandon Herlong held just over $300,000, $50,000 short of its goal. USA Today reports that volunteers at the Chevron station where Goforth was killed have pooled an additional $192,000 in donations. All proceeds will go to Goforth’s wife Kathleen and their children.

Goforth’s funeral was held on Friday at Second Baptist Church in Houston — one of the city’s largest — where at least 7,000 people gathered to pay respects to the 47-year-old deputy.

Shannon Miles, 30, has been in police custody since August 29, the day after the shooting, and faces charges of capital murder. Police said that Miles approached Goforth from behind while the deputy pumped gas, firing multiple shots even after he fell to the ground. Harris County Sheriff Ron Hickman described the killing as a “cold-blooded assassination.” 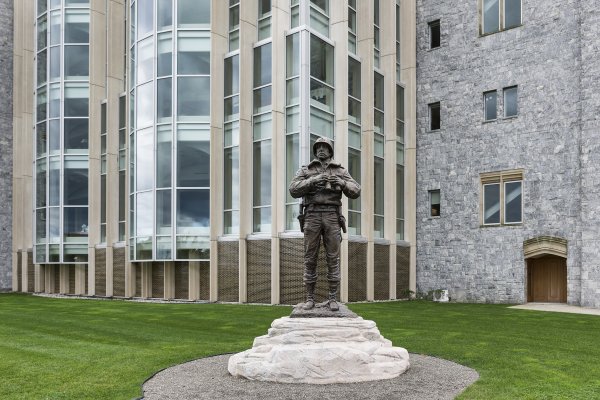