New Hampshire is feeling the Bern.

Bernie Sanders now has a nine-point lead over Hillary Clinton in New Hampshire and has gained ground on her in Iowa, according to a new NBC News/Marist poll.

Sanders’ New Hampshire numbers stand at 41% to Clinton’s 32%. In July’s NBC/Marist poll, the numbers were reversed: Clinton led at 42% with Sanders just behind at 32%.

Clinton’s Iowa numbers have dived as well. She maintains a lead against the senator, with 38% of voters compared to his 27%, but that’s compared to July’s numbers, which had Clinton at 49% and Sanders at 27%

Polls also suggest that Vice President Joe Biden—who has demurred on whether he would be willing to make a run for the White House in 2016—is polling well without even technically being a candidate: in New Hampshire, Biden is pulling 16% of the vote, and in Iowa, he has 20%.

More likely Democratic voters had a favorable view of Biden compared to Clinton, according to the poll.

On the Republican side, Trump maintains a comfortable lead, with a 7-point advantage in Iowa, with 29% of likely GOP voters and a 16-point lead (28%) in New Hampshire.

Ben Carson is polling second in Iowa, with 22%; John Kasich is a distant second in New Hampshire with 12% and Carson in third at 11%. 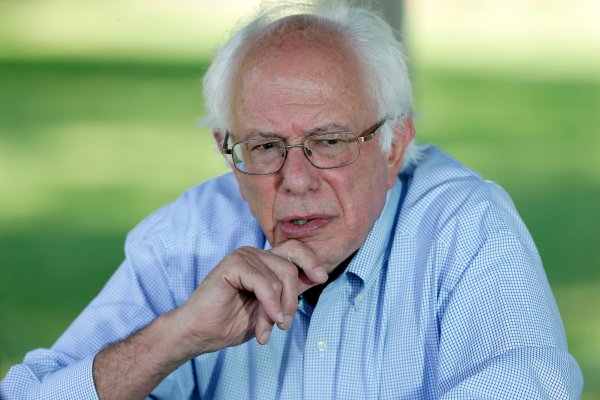