Less than a week after the singer presented her former VMAs nemesis with the Michael Jackson Video Vanguard Award, Swift received flowers from hip-hop star West. It’s quite the floral arrangement.

After the introduction, Swift stood by Kim Kardashian West during Kanye’s sprawling 10-minute-plus speech. It concluded with the 38-year-old announcing his intention to run for President in 2020. Swift seems to have aligned herself as the vice president on the star’s ticket, given the hashtag choice. (Alas, like any presidential candidate, a veep candidate has to be at least 35. Swift will be 31 by a January 2021 inauguration.)

Five years out might be early to pick a running mate, but #KanTay2020 will have tons of momentum by time that election comes around. 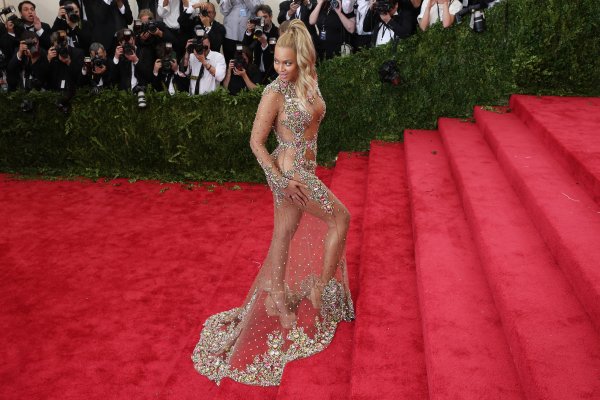 This Is How Michelle Obama Wished Beyonce a Happy Birthday
Next Up: Editor's Pick