Nearly 5.2 million acres of Alaskan land have been devastated by wildfires this summer—more than any past year on record except 2004.

Just as President Obama concluded his visit to Alaska, during which he pointed to the wildfires as an example of the effects of climate change on the state’s ecosystem, NASA released satellite images of the land that’s been burned over the summer.

According to NASA, wildfires have burned an area about the size of New Jersey, more than five times the area that normally gets burned in a year. Most years, Alaskan wildfires only burn about 800,000 acres of land, but because of warm, dry weather and reduced snowpack, this year’s wildfires spun out of control. And because most of the affected land was uninhabited, authorities were not motivated to actively fight most of the fires.

Alaskan territory prior to this year's wildfires, in a satellite photo acquired by NASA’s Earth Observatory on June 14, 2015.
Jeff Schmaltz—NASA

Forest fires emit a massive amount of carbon into the air. Normally fires emit about 15 teragrams of carbon, but this year the fires in Alaska released between 37 and 55 teregrams of carbon into the air, according to preliminary calculations by University of California, Irvine scientist Sander Veraverbeke. A teragram is equivalent to a million metric tons, but because wildfires emit the carbon in carbon dioxide form (which has a slightly different mass,) we’re really looking at up to 176 million tons of carbon dioxide emitted into the air, Veraverbeke told the Washington Post.

According to the Post’s analysis, emissions from Alaskan wildfires could be greater than emissions from the cement industry or the natural gas industry. 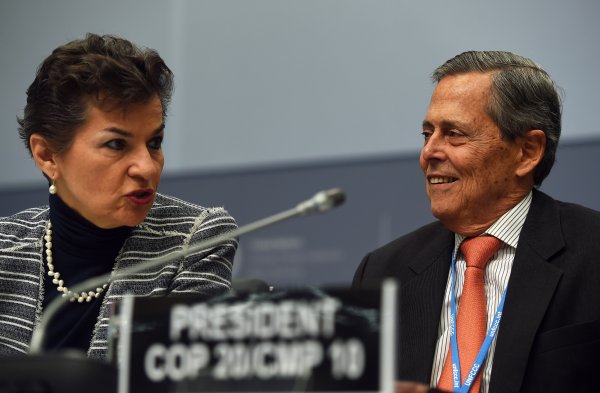