David Miliband, the President and CEO of the International Rescue Committee, speaks during an interview with The Associated Press in Beirut, on Apr. 9, 2015.
Bilal Hussein—AP
By Jacob Davidson

David Miliband, the British former foreign secretary and current head of humanitarian relief organization the International Rescue Committee, has called the European response to the migrant crisis unfolding on the continent’s shores “short-sighted and mean-minded.”

Europe is struggling to handle an influx of migrants and refugees from the Middle East and West Africa, displaced people in the hundreds of thousands fleeing unrest or poverty in the hope of resettling in more stable countries across the Mediterranean. But governments across Europe are stymied as to how to deal with what has become an unfolding humanitarian crisis. European leaders cannot agree who should bear the largest burden of the many thousands of refugees who have arrived on the continent in 2015. The U.N.’s High Commissioner for Refugees, Antonio Guterres, on Friday called it Europe’s “moment of truth.”

But Miliband, whose organization provides support for refugees in 40 countries and resettles thousands of refugees in 22 U.S. cities on Friday told TIME that leaders in Europe could be doing more to help. “The European response has been pretty feeble,” he said, “and I think European leaders are now trying to make up for lost time.”

Below is a lightly edited transcript of TIME’s telephone conversation with Miliband:

TIME: How would you describe the current crisis?

David Miliband: I think this is a human crisis and a political crisis. It’s human crisis because the war in Syria, and to a lesser extent the continuing wars in Afghanistan and in the Congo, and the pressure on the neighboring states to those wars, has produced a flow of people the like of which Europe hasn’t seen really in the post-second World War period.

The scale of human misery is dramatically shown by the lengths people are willing to go to escape from these war torn countries. The estimates are that over 300,000 refugees are already in Europe and significant numbers are already planning their route into Europe, so in the first instance it’s a human crisis but it’s also a political crisis because Europe has been unable to respond in a unified and effective way.

Over the last two or three years, Europe, as TIME has reported, has been focussed on the the Greek euro crisis, and focussed on the Ukraine crisis with Russia, and it has not been focussed on this looming refugee crisis. It’s been a big issue in Italy and in Greece, which are the main recipient countries, but it’s been ignored by the rest of Europe.

How would you grade the European response so far?

I think the European response has been short-sighted and mean-minded with honorable exceptions. Notably Germany, but also Sweden, and also Italy and Greece. Most of Europe has wanted to pretend this is someone else’s problem. In fact, the Hungarian Prime Minister said today this is a German problem. Where as in truth, it’s originally a Syrian problem and is now a global problem with repercussions not just in Europe but elsewhere. And so the European response has been pretty feeble, and I think European leaders are now trying to make up for lost time.

What should they be doing?

I think three things are absolutely vital. One, Europe has to find a way to share out the refugees who do arrive in Europe. Point number two, Europe needs proper registration and processing of people, so that the majority who are refugees fleeing war torn countries with a well founded fear of persecution are separated from those who are economic immigrants seeking a better life who don’t have the same rights as refugees. And thirdly, Europe needs to up its game in terms of supporting the countries that are neighboring Syria, notably Lebanon and Jordan, but also Turkey and Iraq, because one of the reasons there is an explosion now is because those neighboring states to Syria have finally found themselves unable to cope with the 4.5 million refugees who have poured out of Syria over the last four years.

[One of the biggest misconceptions about the crisis] is that countries like the U.S. or European countries are bearing an undue share of the burden. Where as in fact, 86% of the world’s refugees are in developing poor countries. And so if you think about the Syria crisis, the vast bulk of the refugees are in Jordan, Lebanon, Turkey, and Iraq. I mean, Lebanon has got 1.6 million refugees and a population of 4.5 million. Jordan, a country of 6.5 million people, has got at least 700,000 refugees. Turkey has nearly 2 million refugees; it’s a much bigger country obviously, 80 million people. The greatest burden is borne by relatively lower income countries in the developing world.

Is there more the U.S. can do?

The U.S. has historically been a leader in refugee resettlement. The overall numbers are that about 150,000 people a year are currently being resettled through the U.N. and other agencies and the U.S. has traditionally taken 70,000. Obviously this year the number of refugees resettled is many much higher, but the U.S. number of Syrian refugees is only 1,434 over the four years of the conflict.

Last week, the State Department said it would increase that number to between 5,000 and 8,000 over the next year, but that still leaves the U.S. lagging far behind countries like Germany, and we have been calling for some time, and now 14 Senators are sponsoring a resolution in the U.S. Congress, that the U.S. should take 65,000 refugees by the end of next year, the end of 2016, not least because there are successful Syrian-American communities in Detroit and in California who are ready to welcome those people.

Why do you think this surge is happening now?

There’s a very straightforward reason, which we’ve been warning about for the last year, which is the situation in the neighboring states of Syria has become close to intolerable. Lebanon, with the 1.6 million refugees, Jordan with 700,000, the strains and stresses on those societies have become very great indeed; on healthcare, on water, on education. I mean, there are 350,000 Syrian kids in Lebanon not getting education. These societies that have been hit by these massive refugee flows are buckling under the strain, and that’s essentially the first reason why you’ve got this upsurge. The second reason is obviously that the conflict in Syria is metastasizing and involving ISIS in a whole new way, and that’s created an environment of terror for a lot of people.

Should the West be doing more in Syria? The British Prime Minister David Cameron has suggested a more active role.

As long as U.N. peacekeeping in Africa is underfunded and undermanned, as long as the Syrian crisis is left to a single U.N. official to try to resolve rather than having the political and diplomatic muscle of the U.S. and other members of the Security Council, then we’ll only be dealing with the symptoms of the problem rather than just the problems at the source. David Cameron is right to say we need a much greater effort both on the political side and on the humanitarian side in the Syria crisis, and it’s important that all relevant countries are part of that.

What has the International Rescue Committee done so far?

We are working from Lebanon to Lesvos. We are an international humanitarian organization which obviously is focused mainly on war zones and neighboring states to conflict. And so we are working inside Syria, delivering healthcare and some education and some economic support for civilians caught up in the fighting. We’re working in the four neighboring states of Syria delivering health, education, protection for women from violence.

But over the last four months, we’ve sent an emergency team to Lesvos, which is one of the main Greek islands that are receiving refugees, and we’re working with partners on three other Islands that together constitute about two-thirds of the total refugee flow into Europe now. And there, we’re offering very basic water and sanitation, toilets, sleeping bags, information, some protection of kids, and really we are there to give people a chance once they’ve made it onto the shores of Europe on these Greek islands.

When we first went to Lesvos there were 200 people coming a day, now it was 4,000 a day last weekend. You’ll have probably seen reports about increasing tension on these islands because many of the refugees arriving who are intending to move on to mainland Europe can’t get off the island because of blockages because the ferries are already full of tourists and others, because these are mainly tourists islands. And so we’re trying to work to provide some protection and some dignity in those situations, and we’re able to offer a ground level view, both from within Greece but also from within the Middle East. 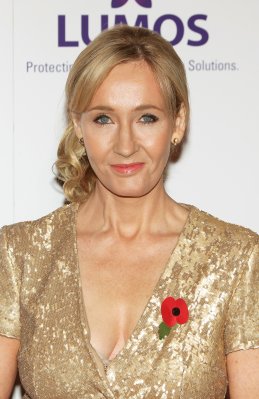