What Richard Branson, Tim Cook and Other Successful Execs Do Before Breakfast

Getting the right start to your day is extremely important.

What you eat, the first thing you read, and whether or not you exercise can all impact how productive you feel throughout the day.

There’s no formula for a perfect morning routine — it’s mostly subjective and depends on what works for you.

But here’s a look at what some highly successful people in the tech industry do every morning when they start their day.

For some executives, getting informed on what’s happening in the world is an important part of their morning. AOL CEO Tim Armstrong, for example, told The Guardian that he reads during the first two hours of his day before he moves on to work-related matters.

They go running or head to the gym.

When you’re busy running a company or working around the clock, sometimes the early morning is the only time you have to squeeze in a workout. Vodafone CEO Vittorio Colao gets up at 6 am and starts his day with a workout, according to The Guardian. Cook also exercises in the morning after checking emails, and Xerox CEO Ursula Burns schedules an hour-long training session, according to Laura Vanderkam’s book “What The Most Successful People Do Before Breakfast.”

Billionaire leader of the Virgin group Richard Branson doesn’t just exercise when he wakes up — he participates in sporting activities that most people can’t even fit into their leisure time. Branson often goes kite surfing and plays tennis before he sits down to have a healthy breakfast, according to Entrepreneur.

They catch up on what’s happening in their industry.

Before jumping into the day, many successful tech industry figures like to read up on what’s happening in their industries. “Shark Tank” panelist and prominent investor Kevin O’Leary, for example, wakes up at 5:45 every morning and immediately checks the Asian and European bond markets.

“Good investors don’t stay in bed in North America with strings untied overseas, because if something happens in London or Tokyo while they’re sleeping, everything can change,” he wrote in a post for Business Insider.

Meditation often presents an opportunity to reflect and concentrate on what’s happening in your life, which is why it’s not surprising to learn that several successful people in tech prefer to start their day that way.

Jack Dorsey, who currently runs both Twitter and Square, wakes up at 5:30 am every day to meditate and exercise, according to New York Magazine. Paul English, the cofounder of Kayak, meditates when he wakes up, which is usually before 6 am.

“I usually meditate for a few minutes to quiet my mind before I get out of bed,” he told Inc.

Salesforce CEO Marc Benioff is a fan of meditation, too, according to SFgate.com.

They feed their pets.

Sometimes there’s nothing more comforting then spending time with your furry companion as soon as you wake up. The first thing Reddit founder Alexis Ohanian does when he wakes up in the morning, for example, is feed his cat. He does this before he even checks his email, he told Time in an interview.

They take a walk.

Every morning, Tumblr founder David Karp takes a 15 minute walk from his home in Manhattan to his office before even checking his email.

“Reading emails at home never feels good or productive,” he told Inc. “If something urgently needs my attention, someone will call or text me.”

They work from the minute they wake up.

Some highly successful people can’t resist the urge to work from the moment they wake up.

Steve Jobs was like this — he told Time back in 1999 that he would wake up around 6 am to work until his kids got up. Then they would have breakfast together before he would see them off to school.

Tech investor and “Shark Tank” host Mark Cuban does this too.

“Business is my morning meditation,” Cuban told Inc. “Business is what I like. I get up and I work immediately. I love doing this.”

They check on how their products are doing.

Even if they’re not hard at work from the moment they rise, some executives check in on the status of their products before jumping into the day. Armstrong also told The Guardian that he browses AOL when he wakes up before he even checks his email.

“By 7am, I usually have questions or feedback about AOL,” he said to The Guardian.

Darrell Cavens, founder of the online-only retail store for kids Zulily, also says the first thing he does in the morning is look at his website, according to Inc. 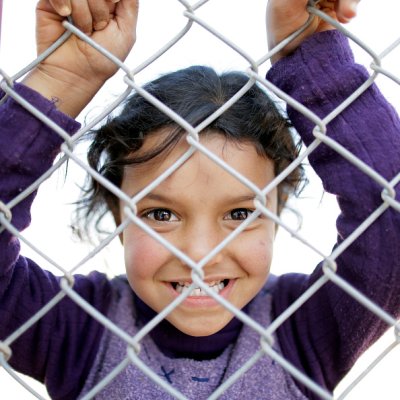 The Gulf States Should Welcome Refugees
Next Up: Editor's Pick