Federal Reserve Chair Janet Yellen faces the biggest decision of her career later this month, when a Federal Reserve committee may raise interest rates for the first time since 2008. Friday’s job’s report, which showed the unemployment rate falling to 5.1% — its lowest level since April 2008 — isn’t going to make the decision any easier.

The Federal Reserve has a dual mandate to keep the money supply stable and to keep the economy at full employment. To the Fed, achieving the first goal means maintaining an inflation rate of 2% per year; it’s currently at 1.24%. For the second goal, the Congressional Budget Office is estimating full employment to be 5.0%, while the Fed thinks it sits between 5.0% and 5.2%, meaning we might already be there.

But the problem is that “full employment” is defined as the most employment you can get without triggering inflation. So if we’ve already hit that goal, why has the inflation remained stubbornly below the Fed’s 2% goal?

One reason for this might be hidden slack in the labor market. The labor-force participation rate is at levels not seen since the 1970s, suggesting there might be some folks staying out of the labor market because there aren’t enough good jobs to be had:

Another reason why full employment might be lower than the Fed and outside economists suspect is because of the large number of workers who are working part-time, but would like full-time work:

As you can see, the number of involuntary part-time workers has come down significantly since the end of the recession, but this remains an intractable problem.

Yellen and other Fed officials also face inflation’s tendency to lag behind the economic forces that create it. In other words, to avoid excessive inflation, the Fed needs to raise rates before the clearest signs of it are evident. So it could be that the labor market really isn’t as healthy as the unemployment rate suggests, or it could be that inflation has just yet to materialize.

These are the questions Fed officials will struggle with at a meeting later this month. Sadly for them, Friday’s jobs report doesn’t really help shed light on the right move. 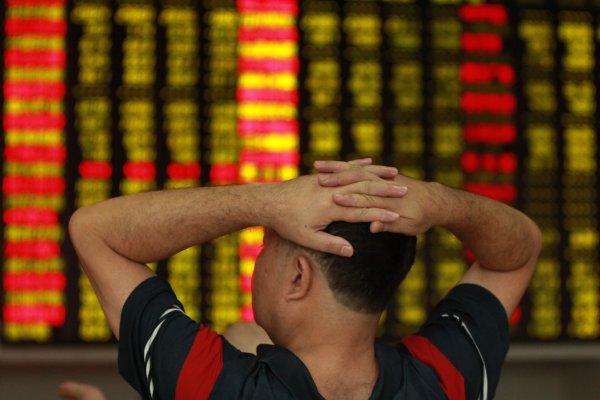 China's Markets Had a Wild Day Before a 4-Day Break
Next Up: Editor's Pick