Trump Campaign Will 'Likely' Press Charges in Scuffle With Protester

The Trump campaign has said it is considering pressing charges against a protester who got in an altercation with a Trump security team member.

The incident occurred after protesters had gathered at Trump Plaza Wednesday to protest Donald Trump’s presidential candidacy. After a security guard took one protesters’ sign, a man identified by NY1 as Efraín Galicia chased the guard and grabbed him. The guard then hit the protester in the face. The entire incident was caught on camera.

The Trump campaign told the New York Times that the security member was “jumped from behind” and that it would “likely be pressing charges.” 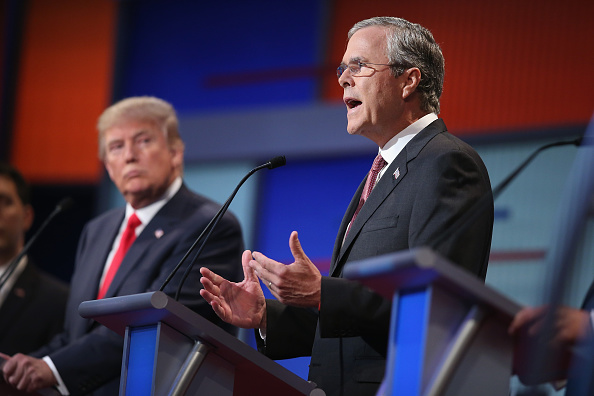 How Bush Went from 'Winner' to 'Loser' in Trump's Eyes
Next Up: Editor's Pick